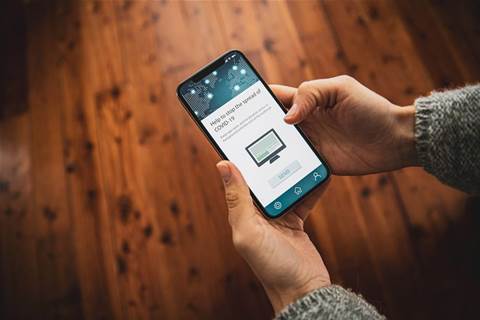 European countries cautiously emerging from the onslaught of the coronavirus pandemic are looking to a second generation of contact tracing apps to help contain further outbreaks.

The latest apps have big advantages over earlier ones as they work on Apple’s iPhone, one of the most popular smartphones in Europe, and do not rely on centralised databases that could compromise privacy.

Switzerland, Latvia and Italy have opted for Bluetooth short-range radio for their apps, based on technology from Apple and Google that securely logs exchanges on the smartphones of people who have been near each other.

Around 30 percent of smartphones in Europe run on Apple’s iOS operating system, with nearly all of the rest using Google’s Android. Together they host 99 percent of the world’s smartphones.

“The fundamental challenge will be if the second wave comes,” said Ingmars Pukis, a board member at mobile network operator LMT, which is backing the Latvian app.

“We hope we will be ready with sufficient functionality and penetration to manage a future outbreak.”

However, developers of the Swiss-Covid app hope to show that it can contribute to Switzerland’s broader “test, trace, isolate and quarantine” strategy, without even knowing where people come into contact.

The Bluetooth-based app is now being trialled after army volunteers tested whether it could work in settings such as a cafeteria lunch, a train journey, a shop queue or a house party.

The Swiss app is intended to complement manual contact tracing, with a phone call from a tracer as well as an app notification providing double confirmation that a person is at risk.

“Hopefully there will be a strong overlap,” said Marcel Salathe, a digital epidemiologist at the Swiss Federal Institute of Technology in Lausanne.

Several other countries, including Estonia, Finland, Ireland and Portugal, are working on similar decentralized apps.

There are still potential flaws as Bluetooth was not originally designed to accurately measure distance. And while mass public take-up is needed for such apps to work, relatively few elderly people, who are at greatest risk, have smartphones.

Latvia is bolting on extra features, with users getting an exposure notification given the option to share their number and get a call from a contact tracer. In a delicate trade-off between privacy and utility, it will be possible in a planned update to share health symptoms and receive advice.

The first generation of contact tracing apps rushed out in March and April had little impact and raised privacy alarms, with Australia’s requiring people to register their name and phone number, something Apple refused to support.

Although the Australian app has been downloaded nearly 6 million times, reports and government statements last month said it has only helped trace a single case.

Germany’s Covid-Warn-App, due out in mid-June, seeks to rule out such privacy risks from the outset.

“There is no symptom sharing. No data collection. All data is pseudonymous,” said Harald Lindlar of Deutsche Telekom, which is working with SAP on the app.

Italy has launched a similarly minimalist app, called Immuni, in four regions. France, by contrast, has gone live with a centralized app, despite the lack of Apple support.

Apple and Google said when they released their toolkit for Bluetooth apps last month that authorities in 23 countries had sought access to it. Early adopters Singapore and Australia are considering shifting to their joint standard.

Austria’s Stopp Corona, Europe’s first Bluetooth app which has had 600,000 downloads, is one which upgrading to conform to the Google-Apple framework.

“Things could change quickly in the case of a renewed outbreak that we must at all costs prevent - this is where the app can provide ideal support,” Michael Zettel, Austria chief at consulting group Accenture, told Reuters.

“The app makes a lot of sense - for example in churches, clubs and sports teams. It can help quickly to contain super-spreading events,” Zettel added.