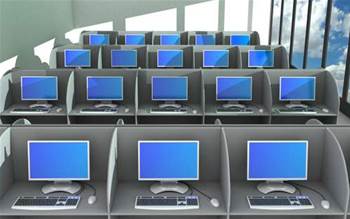 The network, connected by the European Grid Infrastructure-InSPIRE, would tap idle desktop computers across 30 European nations to provide processing capacity to health, energy and environmental researchers in the EU.

The European Commission said the grid network, which spans 300 centres, was an alternative to its so-called "PRACE" supercomputers.

It hoped researches will be able to work on the same problems across multiple regions.

"European researchers' access to greater computing power will help them to tackle major research challenges in areas such as climate change and healthcare," Commission Vice-President for the Digital Agenda Neelie Kroes said in a statement.

The grid, which is expected to cost €100 million will be coordinated by EGI, based in Amsterdam, The Netherlands.

InSPIRE's predecessor, EGI, was used by researchers at the Large Hadron Collider in Switzerland.