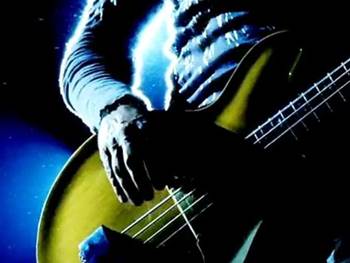 Blocking websites to prevent unlawful downloads of music and films could be illegal itself, according to the European Court of Justice's Advocate General.

The opinion could have far-reaching consequences as governments around Europe - and most recently in Britain - consider using site blocking and filtering techniques to restrict access to P2P services.

The legal advice comes in the midst of a weighty dispute dating back to 2004 when Belgian rights holder group Sabam won a court ruling that forced ISP Scarlet to block content to any downloadable copyrighted content.

The ISP has elevated the case to Europe's highest court, which has been told by Advocate General Pedro Cruz Villalón that insisting ISPs block services would breach fundamental European rights.

“The installation of that filtering and blocking system is a restriction on the right to respect for the privacy of communications and the right to protection of personal data, both of which are rights protected under the Charter of Fundamental Rights,” Cruz Villalón to the ECJ.

“By the same token, the deployment of such a system would restrict freedom of information, which is also protected by the Charter of Fundamental Rights.”

The top legal advisor to Europe said the court should "declare that EU law precludes a national court from making an order requiring an internet service provider to install a system for filtering all electronic communications passing through its services (in particular, those involving the use of peer-to-peer software) in order to identify on its network the sharing of electronic files”.

The opinion – which is technically only advice and is non-binding – was welcomed by consumer-focused campaigners, who have long argued that filtering and content was overbearing.

“The conclusions should compel the Commission to back away from its strategy to transform internet companies into a copyright police monitoring their users' activities to prevent any potential infringement.”.

Got a news tip for our journalists? Share it with us anonymously here.
Copyright © Alphr, Dennis Publishing
Tags:
adviserblockingeuillegallegalpiracyrulessecurityweb