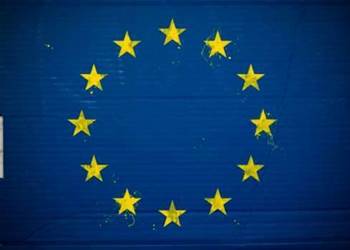 The European Parliament has passed a resolution opposing what is being termed as a United Nations-backed takeover of the Internet.

The danger is contained in controversial proposed changes to the International Telecommunications Regulations (ITR) treaty, of which Australia is a signatory.

Although Australia supported the idea of a review of the ITR treaty when it was announced back in June, Communications Minister Stephen Conroy has increasingly voiced concerns over the direction it is headed.

The EU Parliament states in its resolution that some of the proposals to be brought up at the United Nation's International Telecommunications Union (ITU) meeting in Dubai in December to revise the ITRs "would negatively impact the Internet, its architecture, operations, content and security, business relations, Internet governance and the free flow of information online."

Furthermore, the EU Parliament believes that if the proposals go through, the ITU "itself could become the ruling power of the Internet, instead of an open, inclusive and bottom-up multi-stakeholder model."

Neither the ITU nor the current Internet Corporation of Assigned Names and Numbers (ICANN) are the appropriate bodies to assert regulatory authority over the Internet.

In August this year, the United States Senate and House of Representatives passed a unanimous resolution opposing the changes to the ITR treaty.

"Today's unanimous vote sends a clear and unmistakable message: the American people want to keep the internet free from government control and prevent Russia, China and other nations from succeeding in giving the UN unprecedented power over web content and infrastructure. We cannot let this happen," Republican congresswoman Mary Bono Mack said at the time.

Earlier this week, Google launched an online petition against the ITU proposals, on its Take Action site.

Google said that "a free and open world depends on a free and open Internet" and points out that while two billion people are online today, there is a growing backlash on Internet freedom with 42 countries filtering and censoring content.

Russia, China and India are among the countries that back the changes to the ITR, which would provide significant powers to individual governments to control Internet infrastructure and content.

Story updated, 7.22pm: This story originally stated that Australia is becoming increasingly isolated in its support for controversial changes to the ITR treaty. Although the Federal Government had supported the idea of a review of the treaty, it had never indicated support for the more controversial Internet control proposals. iTnews apologises for the error.