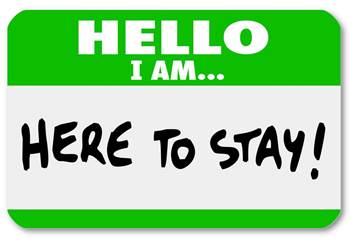 Standards body the Open Geospatial Consortium (OGC) has moved to reassure its 480+ members that it will continue to work towards approving an official standard based on an API for Esri’s ArcGIS server.

The candidate standard, known as the GeoServices REST API, divided opinion in the geospatial world in recent weeks after two years of discussions drew to a close and members were asked to vote to approve it as an open industry standard. Advocates viewed the proposal as an example of a dominant vendor embracing open standards. Opponents saw it as an effort by Esri to use the standards process to lock customers in to using its technology.

After an Esri representative put forward a motion to withdraw the proposed standard from the voting process, an iTnews story on the vote concluded efforts to promote it further had effectively been stifled.

But representatives from the OGC  have since written to iTnews to clarify that the GeoServices REST API Standards Working Group: “is still active and will continue to work on the candidate standard to change and improve based on the member contributions during the voting process and discussions in the future.”

Denise McKenzie, an executive director at the OGC has also filed a public blog post to defend the process.

“The SWG is still active and looking for guidance and clarification on a number of technical, policy and procedural issues to determine the best paths forwards to continue their work,” she said.

Titled "Light at the End of the Tunnel", McKenzie told OGC members it was unfair to characterise the GeoServices REST API as being an Esri-led effort.

“When a Member brings a potential standard to the OGC, they are required to sign over all the related intellectual property in order for it to be considered to be approved as an OGC standard,” she noted. “In the case of GeoServices REST API, Esri did this with their GeoServices REST API and did so willingly and in good faith. This means that the only control the Member has over an OGC document at that point is the work they bring to the SWG. All the other SWG members have an equal voice and can recommend changes and additions or deletions.

“So, I have mentioned Esri several times… does this mean that I am favouring them?  No.  Esri, like all of our members are a valuable and a vital part of our process.  In my opinion, it appears they have been singled out in member discussions and online media over the past few months – in some cases unfairly and misleadingly.”

McKenzie told iTnews that the OGC “welcomed public input into the process”, and that any communication that suggested otherwise was simply “encouraging professional behaviour under our code of conduct during the vote process.”