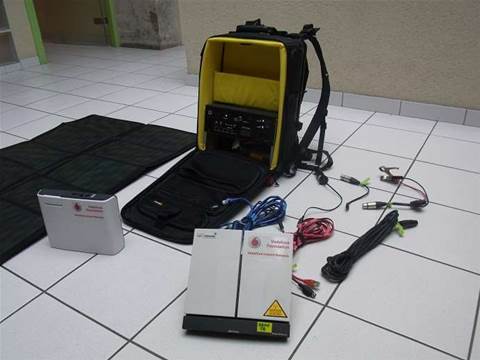 Vodafone's charitable arm has launched a portable cell-site in a backpack that can be deployed in just minutes in disaster struck areas, to speedily provide vital mobile communications for victims.

Unveiled at the Mobile World Congress in Barcelona this week, the 11kg backpack cellsite is known as the Instant Network Mini and can be transported as hand luggage on commercial flights.

No technical expertise is required to set it up, and deployment takes just ten minutes, according to the Vodafone Foundation.

Housed in a robust backpack, the cell site provides secure 2G text and voice communications with 100 metres reach. It can handle five concurrent phone calls and thousands of SMS texts. 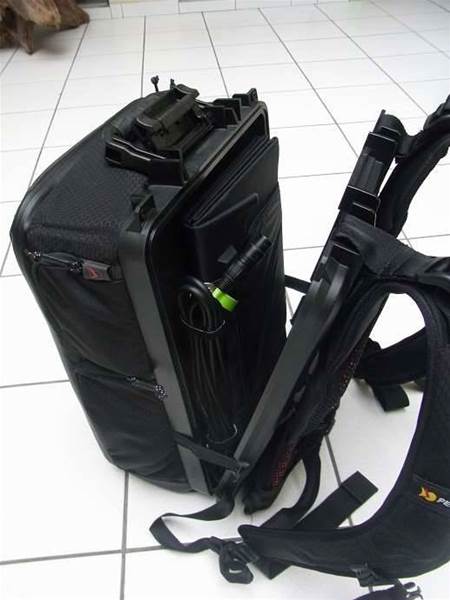 The transceiver for the site is a Huawei 3900 pico cell with 200mWatt maximum output, running in the 900MHz and 1800MHz frequency bands.

Backhaul to Vodafone is through the Cobham Explorer 500 Broadband Global Area Network, with communications being encrypted through IPsec. 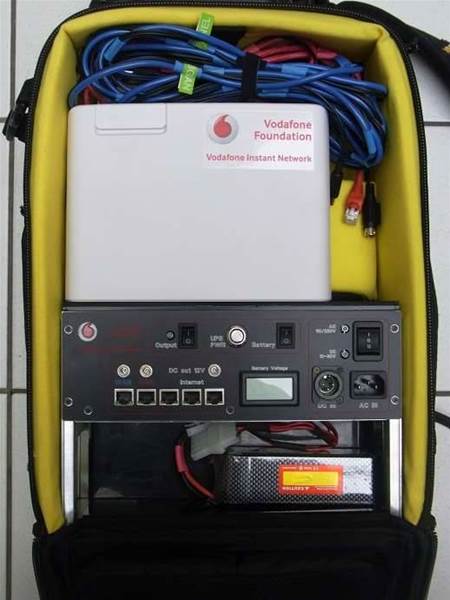 The backpack cell site can run on 110/220 volt mains power or a 12 volt battery; it also has an enclosed battery with four hours run time, and can also run off a 62 watt solar panel if needed. It can also charge up to three phones.

Engineers Adrian Bullock and Robert MacLennan of Vodafone New Zealand used a larger version of the portable cell site, which fits into four suit cases and weighs 100 kg, and deployed it last November in the Philippines after the devastating typhoon Haiyan struck.

Called the Vodafone Foundation Instant Network, the larger portable cell site covers up to five kilometres. In the Philippines, Vodafone Foundation says it handled 1.4 million text messages and 443,288 calls in under a month in the aftermath of Hayan.

Bullock said the mini version in a back pack will be a great complement to the large version when responding to emergencies.

"Just having the option to send an advance party while the rest of the team organises the logistics of transporting the full kit to a disaster zone, could mean re-establishing vital communications hours, even days, faster,” Bullock said.