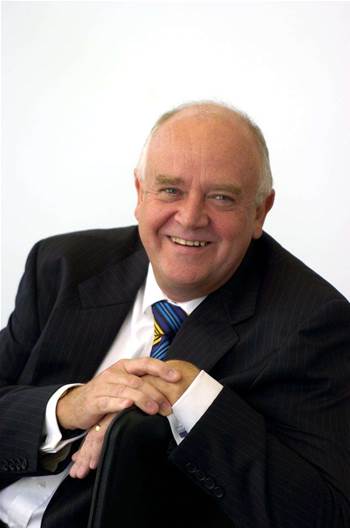 EMC has promised to reduce partner training costs with a revamp of its Asia-Pacific partner program which sees the storage giant offering resellers access to all up to nine levels of certification for $9000 per person each year.

EMC has promised to reduce partner training costs with a revamp of its Asia-Pacific partner program which sees the storage giant offering resellers access to all up to nine levels of certification for $9000 per person each year.

Rather than charging between $10,000 and $15,000 for individual courses in specific areas of “specialisation”, EMC is giving partners access to every speciality area for the flat fee, according to David Henderson (pictured), general manager of channels at EMC Australia and New Zealand.

The storage giant’s Velocity program - launched in the region in 2003 - assigns partners into five tiers depending on sales volumes and the level of certification achieved.

At launch, EMC was generating only 23 percent of its sales revenue in Australia and New Zealand through indirect channels. Today, that number sits at around 65 percent, Henderson said.

Steven Leonard, EMC’s Asia-Pacific/Japan president told CRN admitted that partners found it “too hard” to work with the storage giant. “We made training difficult and costly and did not honour the investments that partners made in us.

“The [internal] field sales force didn’t value the partners as much as I would have liked them to.”

EMC has been on an acquisition rampage over the past few years.

In January this year, it acquired services company Internosis, and in March Authentica, which sold software that secures email documents and mobile data.

And it’s not finished yet. In late June, the company also said it would pay US$2.1 billion for RSA Security.

With all this new technology under its belt, channel partners are playing a more important role than EMC had recognised in the past, Leonard said. “We felt that we could handle this ourselves,” Leonard said.

David Webster, managing director, Australia and New Zealand at EMC, said other programs offered by other vendors are old-fashioned. “Customers are trying to simplify business relationships,” he said.

Through its acquisitions, EMC claims it can provide a complete information infrastructure management platform to customers.

Webster said business partners are dealing with customers that have a direct relationship with EMC. The modern view is to “partner everywhere,” he said.