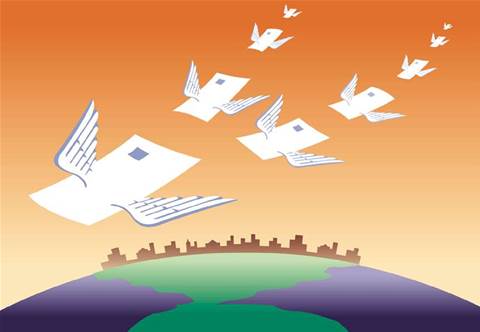 An e-mail borne attack has caused the US Department of Defense to take 1,500 of its internal computers offline.

Secretary of Defense Robert Gates told reporters that the attack occurred in an unclassified e-mail service.

Gates said that attacks on the Pentagon's systems are nothing new.

"The reality is that the Defense Department is constantly under attack," he said.

"A variety of precautionary measures are being taken. We expect the system to be online again very soon."

The attack is currently under investigation.

The Secretary said that day-to-day operations have not been affected by the attack, and no other systems were compromised.

Gates himself was not hit hard by the attack, either. The Secretary joked: " I don't do e-mail. I'm a very low-tech person."

Breaking into Pentagon computer systems, however, can have very serious consequences. UK hacker Gary McKinnon has spent several years fighting extradition to the US on seven felony counts for breaking into government systems while searching for evidence of extra-terrestrial life.

If convicted, McKinnon could receive as many as 70 years in prison.

Got a news tip for our journalists? Share it with us anonymously here.
Copyright ©v3.co.uk
Tags:
attack computers email hits pentagon security