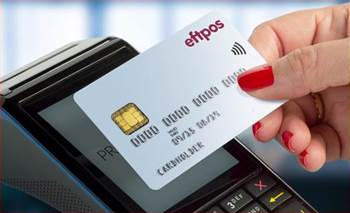 Ahead of planned November launch.

eftpos has linked up with Australia Post to pilot its new connectID digital identity solution, in a move that seeks to place the company at the heart of identity broking for payments.

The Australian-made electronic payments stalwart revealed the planned trial with AusPost on Wednesday following a proof-of-concept with 20 businesses earlier this year.

The trial will see eftpos test the service with the postal services’ Digital iD credential ahead of the planned launch of connectID in November.

The service acts as a broker between identity providers to allow merchants or government agencies to verify identity, much in the same way that the government’s exchange does.

Like Digital iD, connectID has been designed to work within the federal government’s Trusted Digital Identity Framework (TDIF), as well as the banking industry’s TrustID framework.

eftpos CEO Stephen Benton said the trial was an important next step for connectID, which “fills an important gap in the market”, particularly given the recent growth in online activity.

He said the solution could be used to verify an individuals’ identity for a number of different reasons, including to confirm proof of age, address details or bank account information.

This could help identify individuals for e-commerce transactions, or in the case of government, ensure welfare payments are made to the correct person.

Benton said the end goal was “building identity into our national payments infrastructure for all Australians and Australian business before the end of the year”.

“This collaboration has enabled eftpos to prove out its model rapidly by leveraging our existing, interoperable technology,” she said.

“In turn, eftpos’ connectID, will offer even more places for those with an Australia Post Digital iD on their smartphone, to prove who they are when interacting online with both business and government.

“This is an exciting development because connectID reinforces eftpos as an important player in the digital ecosystem as a central identity broker for Australia and leveraging our payment network rails.”