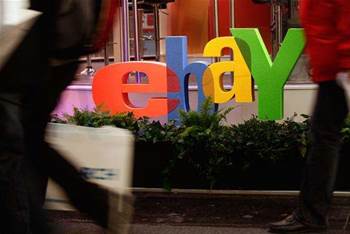 Prepares to spin off PayPal.

eBay will cut around seven percent of its global workforce and explore the sale of its enterprise unit as a cost-cutting measure ahead of the planned spin-off of its PayPal payments division.

The job cuts will affect around 2400 positions across the company, including PayPal, and will occur this quarter, the ecommerce giant revealed in its fourth quarter results announcement today.

The headcount reductions will be made across the marketplace, payments and enterprise divisions. eBay expects the restructuring to cost up to US$240 million in the first quarter and up to US$400 million throughout the entire year.

eBay's enterprise unit is also up for potential sale or initial public offering, the company revealed. It claimed the division did not fit in with the payments (PayPal) or marketplace units.

The enterprise unit provides online and physical retailers with services including warehousing, logistics and software.

"Enterprise is a strong business and a leading partner for large retailers, managing mission critical components of their ecommerce initiatives," the company said in a statement.

"However, it has become clear that it has limited synergies with either business and a separation will allow both to focus exclusively on their core markets, as we create two independent world class companies."

eBay revealed last September that it would spin off its PayPal payments business into a publicly traded company in the second half of 2015.

The decision came as a result of a sustained push by activist investor Carl Icahn, who was today similarly successful in a campaign to appoint Icahn Capital executive Jonathan Christodoro to eBay's board.

That move could enable Icahn to move Christodoro to PayPal's board when the division is spun off, giving investors a greater say in the operations of the payments business.