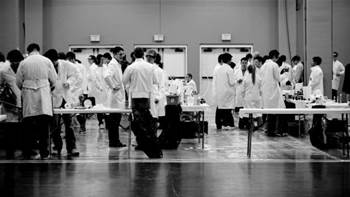 DSTO is an agency within the Defence portfolio charged with leading research and development of new technologies that can be deployed by the armed forces and other national security institutions. It boasts it is “one of Australia’s largest employers of scientists and engineers” with 2200 employees.

It wants to hire a CTO of national security to head a whole-of-government research and innovation program that is aiming to achieve “significant outcomes for Australia’s defence and national security communities”.

The successful candidate will be “expected to make a critical contribution to the development of whole of government programs and policy through the provision of expert scientific advice,” according to a Defence job listing.

The role demands a top-secret level security clearance but will pay up to $199,891, the top of the chief of dfivision grade 1 position salary bracket.

It is currently on a mission to improve its partnerships with research organisations outside of Defence, and leverage external expertise inside academia or the private sector.

The science and research organisation narrowly escaped the knife in 2015 following the Defence first principles review of operations. It operates from a budget of roughly $450 million a year.