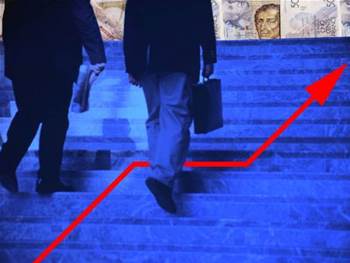 Seventy minutes of wrong information may have cost millions.

A computer glitch caused by heavy trading on the Dow Jones index may have led firms to lose millions of dollars.

Dow Jones has admitted that its calculation of the industrial average was wrong for 70 minutes, as systems struggled to cope with increased trading in the face of a falling Chinese market and America's economic uncertainty.

The error happened at 1.50pm EST on 27 February, leaving the overloaded systems not showing the correct fall in 400 supposedly live indices.

A back-up system at Dow Jones' New York offices updated the figures to their correct live status at 3pm, showing a sudden 178-point fall in the index.

This dramatic drop in the apparent space of a few seconds worsened the panic in a market that was already trying to reduce losses.

However, Dow Jones issued a statement in response to a letter from the House Committee on Financial Services distancing itself from the stock market conditions created by the glitch.

"It is important to understand that Dow Jones has no role in trading stocks or pricing individual securities, including securities underlying our indexes," said the official statement.

"We are conducting a detailed review of yesterday's events and do not believe the calculation delay or the subsequent catch up in the Dow Jones Industrial Average [DJIA] exacerbated the market decline, as the market was down sharply during the 70-minute period and rebounded strongly soon after the DJIA was brought current.

"We regret yesterday's unprecedented events and are taking remedial actions to prevent their recurrence, but we have no reason to believe that any investors were harmed."

Despite this claim Dow Jones is now expected to be hit by a number of lawsuits from trading firms which made decisions during that 70-minute period based on the wrong information.

The biggest claimants are expected to be derivative and index-linked mutual funds which used the Dow Jones calculations rather than figures from elsewhere.

Got a news tip for our journalists? Share it with us anonymously here.
Copyright ©v3.co.uk
Tags:
computerdowfacingglitchjoneslawsuitsoverstorage