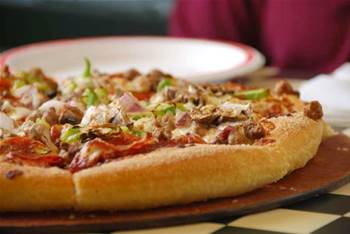 The role opened up with the promotion of former CIO Dan Hawkins to general manager of Domino’s New Zealand on August 1.

Hawkins succeeds Cameron Toomey, who is returning to Australia after four years to take up the role of A/NZ chief development officer.

Whoever takes the role will preside over a tech operation that this year experienced fast growth.

In February, Domino’s told an earnings call it was tripling its spend on digital, which accounts for 78 percent of sales.

At the time, group CEO and managing director Don Meij said because of Covid-19, “the ‘age of delivery’ for our industry has begun.”

“Technology has become one of the key pillars that helps deliver quality, value and fast delivery to their customers as well as providing franchisees with value and efficiency," the CIO job advertisement states.

“A critical component of this role will be ensuring that their digital e-commerce platform is running smoothly which affects all areas of operational excellence."

As well as local projects, the advertisement states the new CIO will have a “lead role in a global transformation project.”

It also flags that one of the CIO’s major projects will be to take part in selecting and implementing a new global ERP system.