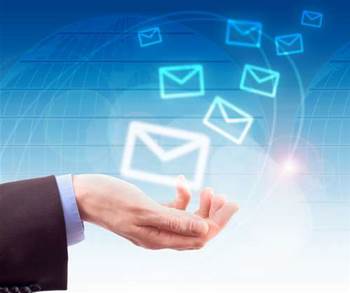 The Department of Health and Ageing and the Therapeutic Goods Administration have revealed plans to migrate off Lotus Notes and Domino to a Microsoft-based platform.

The department is hoping to appoint advisers to bring together a migration and transition strategy, and an implementation plan, by the end of June this year.

The same provider could also be appointed to run the migration and implementation by the end of June 2014, though it would depend upon "successful completion" of the planning works.

No price was put on the project.

"In late 2012, a decision was taken to transition/migrate email from Lotus Notes and Domino to Microsoft Outlook and Exchange," the department said in tender filings.

"This will allow the department to more fully leverage the integrated functionality of the Microsoft Office suite and maximise the options available to it in considering the ongoing ICT support services and agreements that will be in place from mid-2015."

Health currently runs email services through a central IT department, which is supported by IT infrastructure services provided by IBM Australia in a deal that expires June 30, 2015.

"It is expected that the full migration of email from Lotus Notes and Domino to Microsoft Outlook and Exchange will be completed by June 2014, well in advance of any change in IT service provision arrangements," the department noted.

The Therapeutic Goods Administration (TGA) supports email via its own internal Office for Information Management.

The chosen migration strategy creator will have to work with IBM and TGA IT to develop the required plans.

Health noted its application environment contained certain interdependencies with Lotus/Domino systems, which would have to be maintained while the transition was underway.

"Aside from Lotus Notes/Domino which operates as a self-contained application environment, there is a significant number of business systems developed in other technologies which have a dependence on Lotus Notes email," it said.

"Predominately most applications use Lotus Notes/Domino for notifications ie status messages; however, there are some applications with tighter integration such as workflow and Notes links embedded in emails."

The migration plan must also take into account the transition of Lotus archives, no matter where they are currently stored.

"The scope ... should include ... an appropriate migration strategy for the historic emails stored and archived in shared and personal drives, on portable and desktop computers and Domino servers," the department indicated.

Specific plans sought by the department cover email solution design, the creation of a "migration and transition business case", and a proposed operational model that divides support and maintenance of a Microsoft system between the department, IBM and TGA.

"The Operational Model should include a recommended Workforce Plan for providing appropriately skilled and experienced professional resources, including those from the Department, the TGA, IBM Australia Ltd and other sources to sustain an ongoing business as usual operation," the department said.

Both the department and TGA support BYO device fleets and have capacity for 700 and 100 devices respectively to access "email, calendar and contacts" using the Good for Enterprise suite.