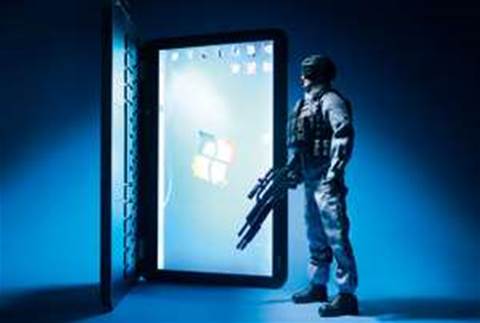 It's probably the last thing on the minds of new tablet owners, but one antivirus company is preparing for the worst.﻿

Over the years security companies have had their work cut out convincing some PC owners to upgrade to the latest security software. But what about tablets?

As queues begin to form for opening night sales of Apple's iPad 2, antivirus company AVG is ramping up a familiar warning about "threats targeting precious data" on tablets.

"A mobile device is more personal than your computer at home," said Omri Sigelman, VP Marketing and Products, AVG Mobile Solution, "as it goes next to your wallet and your house keys and contains relevant data, your contacts, your family photos and memories."

AVG has released what it claims to be the first security solution specifically for Android tablets. Called AVG Mobilation for Android, the software offers the usual range of malware and virus scanning, as well as a few features of use to tablet owners:
- a remote wipe feature lets owners locate lost or stolen tablet on Google Maps, and remotely erase data.
- a backup feature saves not only installed apps, but also call logs, bookmarks, messages and contacts.

While AVG Mobilation is Android only, it does raise the question of whether tablets in general are posing a security risk, especially if owners don't regard them as vulnerable as PCs. iOS devices like the iPad, it could be argued, aren't necessarily vulnerable to the same range of threats. Windows tablets already have a range of security options by virtue of having the same codebase.

The security industry has been talking about smartphone security for years, but there's been little evidence of malware problems on phones, yet. Whether we can say the same for tablets, with their expanded range of apps and onboard storage, remains to be seen.

Got a news tip for our journalists? Share it with us anonymously here.
Copyright © PC & Tech Authority. All rights reserved.
Tags:
android avg security tablet