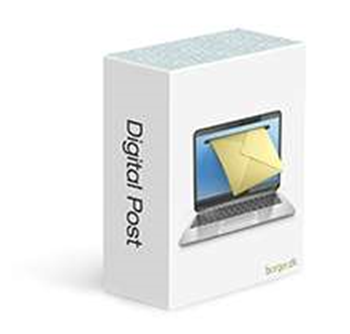 Australia Post rival Digital Post has shut up shop after just over one year in full operation, today informing customers the service will be closed down.

The service entered a private testing phase in August 2012 with 500 users and a handful of unnamed businesses, and launched to wider availability in March 2013.

The company's general manager, Simon Hughes, this afternoon informed customers the business had made the "very difficult" decision to close Digital Post, due to a lack of customers.

In February this year the company said it had almost 1000 businesses using the service to distribute communications, and today told iTnews it had 12,000 registered consumer level users at last count.

"All of us at Digital Post Australia think that digital postboxes are a great idea, but without enough senders supporting this channel our service is just not sustainable at this point in time," Hughes told users today.

Chairman David Hynes told iTnews a large part of the problem was a preference for bespoke enterprise platforms.

"Despite corporate senders being initially very excited by the concept, many seem to be focusing their digital strategies on the development of their own customer communication platforms and therefore the number of companies committed to delivering mail through the channel wasn’t sufficient to make it a sustainable service," he said.

Mail will stop being delivered to the digital post boxes from tomorrow. Hughes advised customers to export their digital documents before July 31.

"We thank you for your support and apologise for any disappointment or inconvenience that may be caused by the closure of this service," he said.

The company reassured users it would 'permanently and securely" destroy all user's personal information once the service is closed.

It advised customers to contact individual mail senders to confirm how the mail would now be received.

Digital Post was the first company to the digital mail market in Australia, ahead of Australia Post which experienced a shaky launch of its Digital MailBox service in October 2012.

Australia Post today responded to the news by claiming its rival service was going from strength to strength.

“We’ve been really pleased with how customers have embraced the Digital Mailbox since its launch last year, and we expect the service to continue to grow as we add more service providers and tools to make it easier for consumers to manage their busy lives," AusPost spokesperson Michelle Skehan said.

“We are proud to be partnering with some of Australia’s largest companies including Telstra, AMP and Westpac, and with more than 40 providers coming on-board over the next four months, the Digital Mailbox is well positioned to deliver now and into the future."