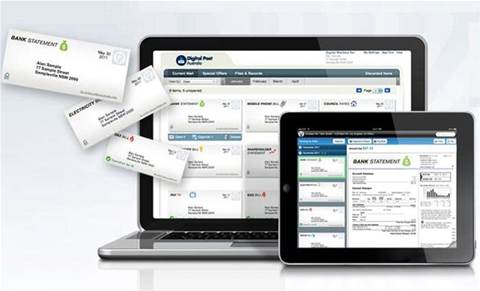 During the past year, Digital Post has been racing government-owned Australia Post for what Morgan Stanley analysts expect to be a $138 million market for secure, online mail.

He said the service would be presented as an additional, integrated offering to those clients, allowing them to communicate with their customers at 30 percent of the cost of physical mail.

A FX DMS spokeswoman said today that the company had always had a “channel-agnostic business model” and did not intend to replace its Digital Post partnership with an Australia Post deal.

“We will be actively promoting all channels of communication,” she said, noting that the strategy included Digital Post and Australia Post’s Digital Mailbox service.

“As result of the transaction FX DMS will maintain its independent position, providing customers with the broadest suite of multi-channel services to address the full range of consumer preferences.”

Digital Post’s Dean described this week’s change in ownership as “the culmination of the Fuji Xerox acquisition of Salmat’s BPO business”.

“From an operational perspective, nothing has changed,” he said. “FujiXerox remains highly supportive of the DPA channel and is committed to promoting the Digital Postbox with its customers.”

The Digital Post service initially will be housed on 30 dedicated servers and several terabytes of data storage in two Macquarie Telecom data centres in Sydney.

Digital Post kicked off a public trial last month, following a private testing phase that began on August 20. It plans to launch the service in February 2013.