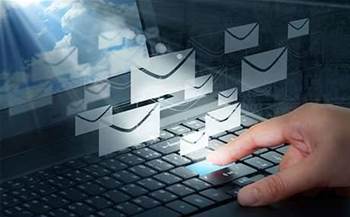 Australia Post has reaped the benefits of a year-long effort promoting its Digital Mailbox product to Canberra, with the Federal Government today announcing it would trial the platform as part of its government service portal myGov.

The Department of Human Services will partner with AusPost to allow myGov users to have their government digital mail automatically forwarded from their myGov inbox to AusPost's Digital Mailbox over the next six months. The Government expects the arrangement will become permanent after that period.

It registered around two million users just several months ago but is now servicing around four million accounts after the Government made it the only option for lodging 2013 financial year tax returns online.

Australia Post has been in discussions with Human Services as well as the Australian Tax Office over the past 18 months to test the service, and had been battling since last September with former rival Digital Post for a myGov link-up until the company collapsed in June.

Digital Post had been the first to the digital mail market in Australia -  ahead of Australia Post's shaky launch in late 2012 - thanks to a joint venture with share registry Computershare, communications business Salmat, and US software developer Zumbox.

It arrived in 2012 and launched to wider availability in March 2013, but was forced to close earlier this year due to a lack of customers. The company's general manager Simon Hughes told iTnews it had 12,000 registered consumer level users prior to closure.

AusPost's Digital Mailbox currently has around 30 business partners using the service - including Telstra, AMP and Westpac - and expects a further 20 to join by the end of the year.