DFAT sheds dozens of IT contractors after budget blowout 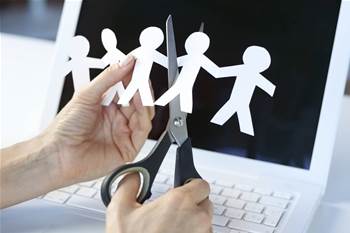 The Department of Foreign Affairs and Trade has shed dozens of IT contractors in recent weeks and is poised to cut more still after suffering a multi-million dollar budget blowout.

Sources have told iTnews in excess of 30 IT contractors have been terminated from the department’s Information Management & Technology Division through two rounds of cuts.

A third round of cuts is said to be pending in a division that normally employs between 200 and 300 IT contractors at any one time.

Sources put the terminations down to a mismanagement of the department’s IT budget that, they say, has led to a $60 million deficit.

Around half of the deficit is said to relate to a Microsoft Office 365 project for the department's global network of embassies and consulates.

Unlike a range of other government agencies, including Australia Post, the ongoing coronavirus pandemic is not said to be the cause of the cuts.

DFAT did not respond to questions on the cuts and made no attempt to dispute the budget deficit, despite multiple attempts by iTnews to seek clarification over the past fortnight.

The ABC has separately reported that up to 100 contractors, including those working in IT and non-IT policy roles, have possibly been let go across DFAT.

The department's decision to cut loose dozens of IT contractors comes just weeks after reports that it will cut 60 jobs, including 50 in Canberra, from its 6000-strong workforce.

Sources also told iTnews that some IT contractors were told of the terminations at very short notice as a result of the budget pressures.

They also expressed concern about the waste of public funds and the loss of IT skills within the department.