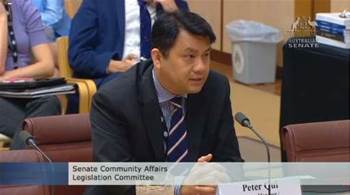 The Department of Social Services is on the hunt for fresh funding in the next budget in order to undergo a much-needed update to the agency’s grants management system.

DSS – formerly Families, Housing, Community Services and Indigenous Affairs - received $2.1 million in the last federal budget to progress its plan for the project through the Department of Finance’s two-pass review process for major IT initiatives.

The department is yet to detail the cost of the project, but two-pass reviews and sign-off from the Secretaries ICT Governance Board (SIGB) are only required for projects worth more than $30 million.

Pratt said FOFMS was reaching end of life and did not have the flexibility to keep up with the rate of changes the social services portfolio is faced with.

FOFMS went live in April 2005. The system processes and tracks more than $3 billion worth of grants distributed by DSS every year.

DSS CIO Peter Qui said he planned to deliver a detailed costing design to Finance by the end of 2014 so it could be considered in the lead up to MYEFO and the 2015 budget.

“We will go to market for specialists to assist us in drafting the second-pass business case. We also have an internal working group with the business area and stakeholder engagement across the Commonwealth,” he said.