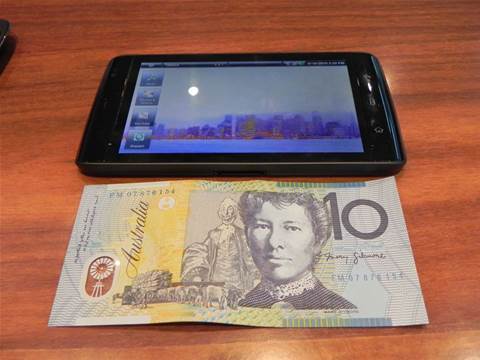 Windows-based tablets on their way.

HP has managed to steal some of the spotlight from Dell's launch of its first tablet PC, after a leak of HP's tablet plans were published online.

Today Dell announced the release of its Wi-Fi and 3G enabled tablet, Streak, which will be available from August 12 in the United States via carrier AT&T and one day later through Dell direct.

The unlocked pocket gadget comes in under Apple's US$620 entry point for the 3G iPad, but offers just 2GB storage, which can be boosted to 32GB with Micro SD cards.

The Streak's 5-inch (12.7 cm) screen is dwarfed by the iPad's 9-inch diagonal length, and is closer to the iPhone's 4.5 inch (11.43 cm) screen. The so-called tablet can also be used to make voice calls, according to Dell.

According to tech news website, Engadget, Dell's Windows-based PC rival Hewlett-Packard (HP) is also on the verge of releasing its own tablet, tipped to run on the Palm phone's WebOS operating system. HP acquired Palm earlier this year for US$1.2 billion.

HP Personal Systems Group vice president Todd Bradley has reportedly  told staff that a "PalmPad", under a project known internally as "Hurricane" would be released in the first three months of the 2011 financial year.