Dell agrees to make its terms and conditions clearer to consumers 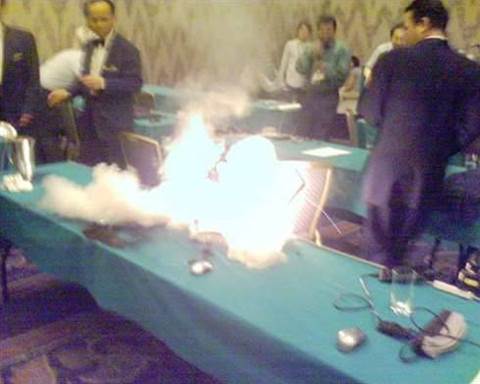 Dell has agreed to change potentially unfair wording in its terms and conditions following pressure from the UK Office of Fair Trading (OFT).

Dell has agreed to change potentially unfair wording in its terms and conditions following pressure from the UK Office of Fair Trading (OFT).

The OFT had responded to a number of complaints from consumers, some made directly to it and others passed on from local Trading Standards Offices. It said some of the terms used by Dell potentially breached the Unfair Terms in Consumer Contracts Regulations 1999 and Distance Selling Regulations 2000.

A representative for the OFT told Computeractive that although it would be up to a judge to decide if the actual wording did breach these regulations, it wanted Dell to make its wording less ambiguous.

It said as the wording currently stands, it could be considered unfair to consumers and was therefore "unsuitable for use in consumer contracts".

Where the wording of Dell's terms and conditions were of particular concern to the OFT was in regard to negligence. It said Dell couldn't limit its liability for negligence to the price of a product if the product caused damage to other property.

The OFT also said Dell couldn't exclude liability for consequential losses arising out of breach of contract or require the consumer to notify it of errors in an order immediately.

Dell will also have to honour oral representations even if they are not confirmed in writing. This means sales personnel can't promise a consumer one thing over the phone and not deliver on this promise.

The company will also have to make it clearer which terms and conditions applied only to consumers and which applied to both consumers and business buyers.

Dell issued a statement saying it has "been working together with the OFT to improve the clarity of its terms and conditions for consumers and smaller business users.

"This review relates only to the document itself and not to Dell's business behaviour or operational practices. We understand that this is a fairly routine activity which the OFT has also carried out to help other businesses working in the consumer sector."

The news has also been welcomed by consumer watchdog Which?

Its magazine, Computing Which?, said it had identified a variety of ways in which PC retailers are able to sidestep their responsibility to consumers.

In a statement it said: "Of the complaints received about technology retailers Dell came up as the worst offender, so we appreciate any work with the OFT to improve the consumers' position."

Although it wouldn't comment on any particular company, the OFT has said it planned more such interventions in response to similar complaints from consumers.

Got a news tip for our journalists? Share it with us anonymously here.
Copyright © 2010 Computer Active
Tags:
agrees and clearer conditions consumers dell hardware its make terms to
By Dinah Greek
Jul 10 2006
1:49PM