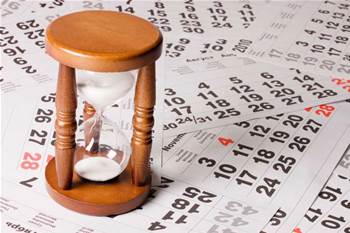 Complexity gets in the way of out-of-the-box install.

The Finance department has spent an extra $30 million on its troubled redevelopment of the federal government’s central budget management system.

The overhaul was originally funded in the 2010 budget, when it received $62.4 million. The CBMS is the platform used by Finance and government agencies to put together the Commonwealth budget and track spending against the budget throughout the year.

But despite the funding allocation, the transition to the new CBMS failed to meet its end of 2013 deadline, meaning public servants will have to continue using the existing solution until they start work on the 2017-18 budget.

Despite being only ten years old, the current CBMS is already showing its age.

A Finance spokesperson told iTnews the current system, while functional, requires considerable manual effort to deliver the budget and ongoing financial reporting, and at the time of initiating the replacement project, was regarded as reaching the end of its useful life.

CSC was signed to implement the system under a $26.4 million deal finalised in November 2011. That contract has now ballooned to $47.5 million.

The previous April, Finance signed a $24.4 million deal with SAP to use its finance software as the basis of the new CBMS - a deal that has also since grown to $34.2 million.

At the time, the government talked up the cost benefits of using a commercial-off-the-shelf solution to fix the budget preparation process, and of having SAP on board to patch, support and upgrade the product.

But May’s budget revealed that out-of-the-box software didn’t prove quite the panacea the department had hoped for.

The papers allocated an undisclosed top-up of funding to get the project back on track.

“The high level of customisation required has increased the development effort needed to complete the project,” budget papers state.

The department said the problems arose from “a number of defects identified during the system integration testing that commenced in June 2013 and stopped after a period of nearly 12 months”.

“A remediation of the CBMS-R project has been undertaken and a revised schedule has been put in place for completing the project,” the spokeswoman said.

The Finance website reveals that a “comprehensive” review of the program wrapped up in early 2015 and concluded that the system could still be salvaged with another 18 months work.

Kevin Noonan, e-government lead at Ovum, said it was almost certain that other public service IT bosses will be cringing over the CBMS delays, after scrimping and saving from their own budgets to pay for the ICT reinvestment fund.

“There was a lot of pain involved in finding that money. A lot of good projects had to be put on hold,” he told iTnews.

“The work of CBMS was going to be of value to all agencies. Now it is not just the money but it is the opportunity loss from public servants still using the outdated systems.”

Finance confirmed there was no new approach to market planned. The extra budget funding will continue to stream to primary contractors SAP and CSC.