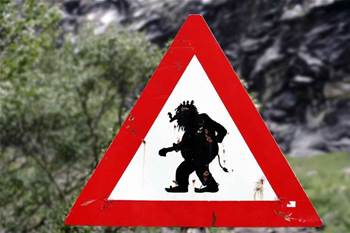 The “patent troll” concept was brought home by the recent suggestion that Australia’s Commonwealth Scientific and Industrial Research Organisation (CSIRO) had trolled the US companies on a massive scale.

In April, the CSIRO reached a $220 million settlement over three US telcos’ usage of wireless local area networking (WLAN) technology that it invented in the early 1990s.

The multi-carrier, interleaving patent solved the problem of making wireless LAN work in a confined space.

According to Australian patent attorney Mark Summerfield, it became part of the later 802.11a and 802.11g wifi standards “because no better solution was put forward to the committee.”

Ars Technica contributor Joe Mullin stopped short of outright labelling CSIRO a troll, but argued that it had failed to contribute to the world’s first wifi 802.11 standard.

CSIRO had also failed to commercialise the wifi chip through its spin-off, Radiata, which Cisco acquired in 2000, Mullin argued.

Other critics have noted that CSIRO chose to wage its campaign in the Eastern District courts of Texas, a location favoured by more notorious patent trolls.

Patent claimants flock to the the location because its judges are known for setting a trial date within 18 months of the initial filing. This gives trolls the “gun to the head” they need to execute their strategy, according to US patent attorney Craig Tyler.

Summerfield argues that CSIRO's patent has “stood the test of time”, having been challenged by Intel, the company credited with popularising the term patent troll.

“I don’t think any entity like a university or anyone’s national public funded research organisation falls into the category of a patent troll because they’re not in the business of making money by suing people,” Summerfield told iTnews.

“A patent troll to my mind is a company that really has no business model other than licensing patents that it probably acquired from somewhere else, rather than developed itself.”

However, when it comes to branding trolls, a patent's validity often has little do with it and in many ways CSIRO does certainly qualify, mostly because it is a non-competing entity.

In Tyler's view, a troll could just as easily be a shell company, a defunct company attempting to monetise its last assets, an investment firm that hordes patents, a patent-mining law firm, or a shell company established by a solo inventor who failed to commercialise or sell their invention.

“Or, of course, it can be a research organisation that invents, obtains patents and then collects license fees on the patent fruits of its inventive efforts,” Tyler said.

“CSIRO is a troll. But who cares? They have every right, and just as much right, to enforce a valid patent and collect a reasonable royalty under our current legal framework.

“And, as those from the South are fond of saying, ‘you make hay while the sun is shining.’ Net result: the huge swarm of patent troll litigation in the US over the last decade.”

CSIRO “gifted” $150 million of the $200 million it won in a related 2009 settlement to Australia’s Science and Industry Endowment Fund (SIEF), lending some weight to the idea that the funds were being used to stimulate innovation.

What it does with its new $229 million win remains to be seen.