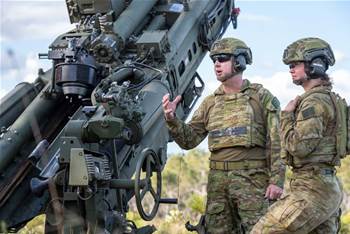 Audit finds IBM, other contractors involved in board decisions.

The Department of Defence is farming out too much of its decision-making around changes to its ERP overhaul to contractors, causing “real and perceived conflicts of interest”, an audit has found.

The Australian National Audit Office raised concerns in an otherwise positive review of the ERP program that will ultimately see more than 500 applications for finance, logistics and procurement replaced by a single SAP S/4 HANA platform.

The audit [pdf], released on Monday, found Defence’s administration during the program’s first tranche has been “largely effective”, including planning, governance, monitoring and reporting arrangements.

The procurement process was also found to be “largely effective”, as were contracting arrangements with systems integrator IBM.

IBM has secured six orders for individual work packages worth $274.5 million since it fought off Accenture to claim the first systems integration contract in July 2019.

The largest of these is a $128 million contract for release 1b, which it signed with Defence earlier this year.

But the audit also calls for Defence to involve more of staff in decision-making and not to delegate too much of this responsibility to contractors.

The audit said there are a “large number of contractors working across all parts of the program and at all levels of program decision-making, ... interspersed” with Defence officials.

Potential challenges with this approach were highlighted in the workings of the program's change control board, which was established in February 2020 to discuss and recommend program change requests, including to the contract with IBM.

Recommendations from the change control board still had to pass other internal gates - such as "commercial assessment or contract variation proposal" stages - before they could be approved.

The board comprised 11 contractors, including four IBM and seven non-IBM personnel, and three departmental officials.

By comparison, IBM had representation at all of the meetings reviewed by the ANAO, including six meetings that resulted in “four contract variations with a total value of $483,902.77”.

Meeting minutes “do not record any conflict of interest declarations being made by any participants” or whether any participants recused themselves from the decision-making, the auditor noted.

It made no suggestion of impropriety but suggested Defence staff not leave oversight to a contract workforce.

“Defence’s program change arrangements give rise to both real and perceived conflicts of interest, as contractors are involved in the department’s substantive decision-making processes relating to their contracts, including contract variations with financial consequences for the Commonwealth,” the auditor found.

The audit also raises questions over the level of authority granted to the change control board, which Defence renamed to the 'program change advisory board' while the audit was underway.

While Defence initially told the ANAO the board was the governing body to progress and approve all program change requests, it later revised this and now says the board is only advisory in nature.

The ANAO said this role is “contrary” to the ERP program documentation, evidence in the board minutes and other written advice it saw.

Defence has been asked to review ERP program decision-making arrangements, which it has agreed to.

The audit also reveals that release 1b of the program’s first tranche is running around a year behind schedule and remains in an “early stage of implementation”.

“In December 2020, Defence returned to government and requested a further delay to IOC for Release 1B to Quarter 4 2022.”