Defence radar could interfere with NBN 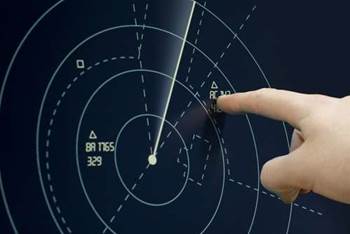 The Department of Defence has raised concerns that a critical radar system could interfere with planned deployments of NBN Co's fixed wireless network.

The concerns were raised in a brief response (pdf) by Defence to the Australian Communications and Media Authority (ACMA), which has been directed by the Government to make 75 MHz of spectrum in the 3.4 GHz and 3.5 GHz bands available to NBN Co.

He indicated the impact of having public fixed wireless services and Defence radar in the same band remained unknown.

Littoral areas are those that are close to shore.

"Further analysis is required to understand the true impact of the introduction of mobile broadband systems and radar in the same geographic area."

Aside from the possibility of Defence radar interfering with NBN wireless services, Odlum said the "impact [of NBN services] to Defence radar receivers is also a consideration in this sharing scenario".

He said Defence hoped to continue working with the ACMA and "key stakeholders towards resolving this spectrum sharing issue in the most favourable manner".

NBN Co has recently completed tests of LTE TDD technology in 41 parts of Australia using temporary "scientific" licenses in the 3.5GHz band supplied by the ACMA. The tests used gear from Ericsson and a range of other partners.

NBN Co needs a permanent allocation of this spectrum to expand the rollout of its fixed wireless network in outer metropolitan areas.

To date, it has deployed fixed wireless into regional parts of Australia in the 2.3 GHz band. That spectrum was formerly owned by pay TV provider Austar.

The ACMA is continuing to consult on the regulatory instrument - called a Radiocommunications Assignment and Licensing Instruction (RALI) - that coordinates spectrum users in the required bands.

However, the ministerial direction to make the spectrum available to NBN Co requires that RALI MS39 be signed off "no later than 30 April 2015".

NBN Co said in a separate submission that it would reserve judgment on RALI MS39 while it awaited clarification from the ACMA on a wording technicality.

The ACMA is separately reviewing the technical framework for the operation of 3.4 GHz licenses.