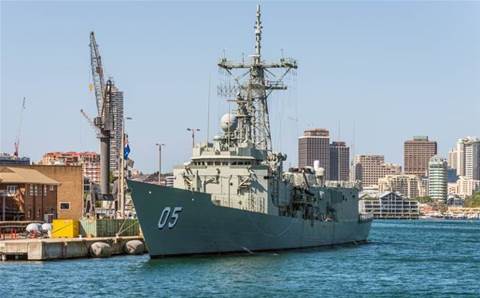 The Department of Defence has approached the market for a major upgrade of the IT systems, applications and infrastructure that support Royal Australian Navy ships and submarines.

The department used its first week back in the office to call on suppliers to deliver hardware and software for its $600 million fleet information environment (FIE) modernisation.

It follows an industry briefing for the upgrade – which received first pass approval more than two years ago – late last year.

The existing FIE is used throughout the Navy’s fleet to exchange information both within ships and between different vessels across both classified and unclassified networks.

The new secret, protected, official and coalition (FIS-SPOC) solution will be developed using a modular design architecture to ensure the solution can be upgraded in the future.

The approach, which “compartmentalises the architecture into discrete blocks of services and components”, is based on nine key services.

While Defence has already developed a prototype system to test the architecture, it does not intend to “automatically” use these products for the full system design.

The project will also be established as an evergreen program to ensure hardware and software is continuously improved.

Defence plans to use the invitation to register (ITR) to create a standing offer panel arrangement that it can call on to source commercial off-the-shelf hardware and software for the upgrade.

“Selected products are to be configured to deliver an optimised system of systems; but not customised,” documents state.

“That is, the solution architecture will be based on off-the-shelf products, configured as best as possible for the maritime operational environment, rather than bespoke developmental products.”

Platform integration work, which falls outside the scope of the ITR, will be performed by the existing in-service support contractors (ISSCs) within ship and submarine system program offices (SPOs).

He said the upgrade of the existing FIE, which has supported the Navy's deployed computer network requirements for over a decade, would allow the Navy to “meet the challenges of modern warfare".

“[The FIE is] fundamental to Navy’s ability to operate the fleet day-to-day, including participating in operations with allied nations,” Pyne said at the time.

The $600 million funding is expected to create more than 100 jobs in the design and development of the new computer systems.

The project, which is still awaiting second pass approval, is expected to run alongside the five-year modernisation of the navy information management system (NIMS), which was revealed in 2016.

Defence is also preparing for a large-scale upgrade of its deployed IT capabilities across Navy, Army and Air Force later this year.