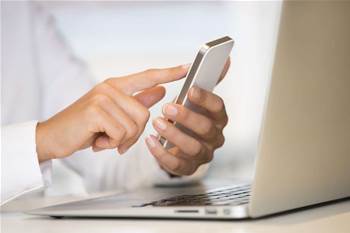 Some 150 staff at the headquarters of the Australian Army will trial activity-based working over the next six months, in an attempt by the Defence department to introduce more flexible working conditions.

Defence has been studying the concept of an activity-based workplace - under which employees work within zones rather than from a single assigned desk - since December 2013.

The department has since completed a space utilisation study, a survey and interviews with staff to gauge the type of fit-out and IT solutions that would allow the Army to make better use of most of its real estate.

A Defence spokesperson told iTnews a future workforce needed to be “agile, innovative and adaptable". Defence has contracted Point Project Management under a $2.3 million deal until June 30 to provide project management services for the pilot.

Defence expects the build phase to be complete by July 2014, with ongoing refinement and monitoring continuing into 2015.

The department is yet to determine what IT solutions will be deployed to encourage collaboration in the new-look ABW workplace, other than that it will result in greater use of yet-to-be-determined mobile devices in the office.

Freeing employees from a single assigned desk will result in better utilisation of space, improved functionality and spatial gains and consolidation, the spokesperson said.

“The philosophy [with ABW] is increased mobility, with employees able to move work locations within the building or zoned neighbourhoods.

“The ABW principle promotes ownership and trust within the workplace, and performance is based on actual output, not attendance at a particular location. It also provides workplace choice of how work is carried out, resulting in a healthier and more mobile workforce.”

Defence joins a number of Australia’s biggest banks that have also embraced this style of work, including Macquarie Bank, NAB, Commonwealth Bank, ANZ, Suncorp and Bankwest.

All have moved part of their workforce to a more flexible set-up over the past few years, ditching desktop phones and desktop computers to boost productivity and lower real estate costs.