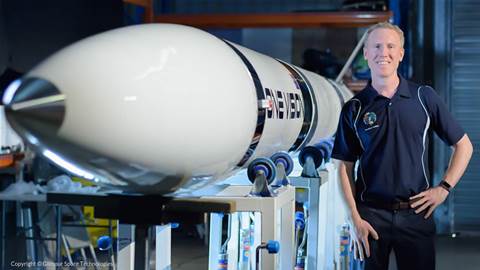 The Gold Coast-based hybrid rocket launch provider will work with the Defence Science and Technology group to research propulsion, materials and avionics technologies to help develop a three-stage hybrid rocket capable of launching small payloads and satellites into orbit.

Hybrid rockets rely on rocket motor that use propellants in multiple phases - usually one solid and either a gas or liquid.

The company has also signed an agreement to work on space tech and development with NASA.

“Recent advancements in the capabilities of micro and nano-satellites, small satellite constellations and additive manufacturing present a unique opportunity for Defence and Australian industry,” Price said.

Linda Reynolds, Minister for Defence, added that technological advances have allowed rocket systems and launch service providers to offer access to space at a greatly reduced cost and infrastructure footprint.

Gilmour Space’s existing rockets have been launched from a semi-autonomous mobile platform in outback Queensland that can be rapidly set up and removed.

Aside from the commercial outcomes derived from domestically developed aerospace technologies, Gilmour Space said the work with Defence will address a number of civil priorities identified by the Australian Space Agency including positioning, navigation, timing, communications and space access.

Under the agreement, the rocket lab expects to be launching payloads into low earth orbit from 2022.