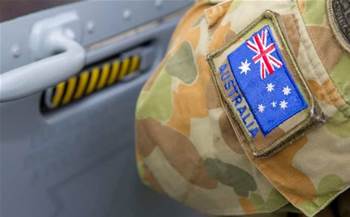 Race begins to be part of the biggest project in town.

The Department of Defence has opened bidding in its billion-dollar ERP replacement with the intention of whittling down the field to two systems integrators for the multi-year SAP-based project.

Last December the department gave industry members a heads up on its procurement intentions, unveiling what it has labelled ‘Project Insight’.

It is looking to secure two systems integrators who will take a bundle of modules each, in what it says is the “largest ERP program implementation of its kind in Australian government”.

Defence has already decided it will move to SAP technologies, specifically the Defense Forces and Public Security (DFPS) suite and S/4HANA cloud platform for financial charts.

It has signed an $86 million licensing deal with the German software giant that will take it out to 2020.

It expects the program will see 90 percent of its 600 ERP applications phased out altogether.

Interested vendors will need to get their submissions into the Defence CIO group by 23 June to be one of “a small number” of shortlisted systems integrators that will be invited to participate in the next round of the tender process.

Defence expects to start notifying shortlisted bidders towards the end of July.

The two contract winners will be signed to a standing offer arrangement, under which they will be expected to deliver six-monthly “capability drops”. Each systems integrator will then be invited to deliver subsequent installments depending on the quality of their work in the previous capability drops.

The project is designed to fix shortcomings identified in Defence's first principles review, which said the organisation’s sprawling application environment was wasting money and blurring lines of accountability.

However, Defence has also warned prospective bidders that it is yet to secure funding for the project, which still needs to obtain first pass approval.

It will apply for the funding green light from the government following the federal election in July.