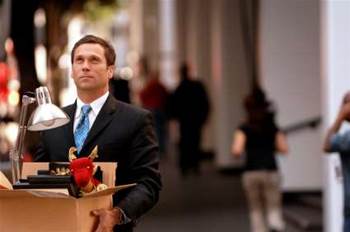 The Department of Education, Employment and Workplace Relations (DEEWR) has apologised for the sudden dismissal of 51 of its 300 Canberra-based IT contractors.

According to a report in the Canberra Times yesterday, staff were "walking around dazed" after being told on Wednesday that they should not return to work the next day.

The Department backpedalled on the move shortly after, with its secretary Lisa Paul issuing a public apology to the contractors in the newspaper today.

A DEEWR spokesman told iTnews: "The Department is in the process of contacting all of the IT contractors concerned."

"[The Department] will continue to work with them to discuss their individual circumstances and where appropriate, offer re-employment."

According to the Community and Public Sector Union's (CPSU) communications director Dermot Browne, the contractors received phone calls from senior managers, who apologised and offered them an additional month of work.

"It was a mistake," Browne told iTnews today. "There was a glitch in the process; these people were not given sufficient notice.

"As soon as it happened, some of our members got in touch, and we jumped on the phone to management, who was equally surprised."

Browne said the minimum amount of notice for contractors varied from contract to contract. However, it was standard practice in the public sector to give contractors at least 28 days' notice.

"Giving any worker - contractor or otherwise - 24 hours' or less notice is unacceptable," he told iTnews.

DEEWR's dismissal of IT contractors is understood to be part of the Government's response to the 2008 Gershon Review, which recommended that IT work be moved in-house.

Last August, Finance Minister Lindsay Tanner told iTnews that the recommendation had already saved the Government $7 million and would likely result in the creation of 200 full-time IT positions.

Although CPSU's Browne noted that dismissed contractors would not be directly offered full-time positions due to the Government's merit-based selection obligations, he expected there to be work available for these people.

Brown said more contract positions would likely be cut from public sector IT in the near future.

"We strongly support the general direction of the Gershon Review," he said. "We believe that it would be more efficient to bring these IT skills in-house."