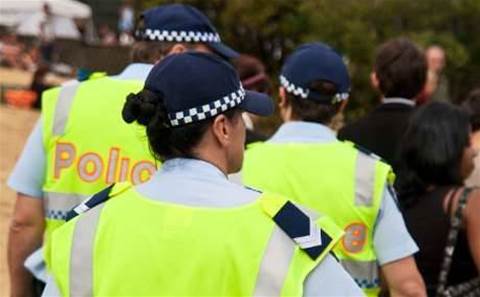 The Productivity Commission has handed down its final verdict on a dedicated public safety LTE network, once again knocking back the spectrum demands of emergency services organisations.

The Commission has calculated that setting aside spectrum and building a national mobile communications network for the exclusive use of public safety agencies would cost roughly $6.2 billion, $4 billion more than that it would cost to buy network services off a commercial provider like Telstra or Optus over a 20-year period.

It has put its backing firmly behind the use of commercial offerings, even ahead of a hybrid approach that could see someone like Telstra offer dedicated spectrum to emergency services customers, with a spill-over option that would leverage normal network capacity.

The Commission said the marginal benefit of building a dedicated network to cater to the 10- to 20-fold increase in traffic during emergency peaks – that will sit largely unutilised during normal periods – does not justify the price tag.

“A mobile broadband capability that caters for relatively infrequent peak events would be very expensive, as it would lead to low levels of capacity utilisation and high marginal costs per megabyte of data transmitted,” said its final report (pdf), handed down today.

This echoes the conclusions of a draft report released in September.

The Police Federation of Australia has long lobbied for the federal government to set aside bands of spectrum that could be used to establish an emergency services-only LTE mobile network, which it has argued could be relied on by agencies in high-demand periods or in remote areas.

The union claims relying on commercial operators means that coverage blackspots that threaten first responder’s ability to communicate in remote areas will remain unaddressed, because it is commercially unviable to extend network capacity into these regions.

While the major network operators typically address 90 to 99 percent of the population with their coverage, this only represents communications availability across 31 percent of the Australian landmass by Telstra; 13 percent by Optus; and five percent by Vodafone.

The Productivity Commission, however, has deemed to cost of significantly extending this coverage – whether by adding to existing commercial networks or by building out a dedicated public safety network – to be too high.

“The cost of building a new base station site is in the order of three times more expensive (according to some estimates) than deploying new equipment to an existing base station.

“There would need to be very large benefits of a permanent mobile network in these areas to justify the costs,” it said.

The Commission has recommended that the nation’s emergency services agencies start out small with a series of LTE pilots to “gain confidence in a commercial approach, gauge the costs and benefits of the capability more precisely and develop a business case for a wider scale roll out,” recommended Coppel.

It has also implored these agencies to get in early to agree upon common protocols around technology, spectrum, devices and applications to ensure network interoperability into the future.