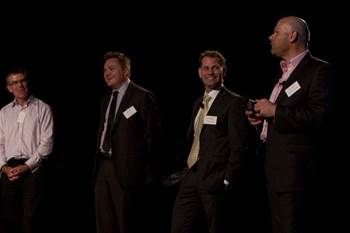 What does offshoring, cloud computing mean for IT's foot soldiers?

Systems Administrators are among several traditional roles in the IT Department that will struggle to remain relevant in a world where applications are delivered as a service, according to speakers at iTnews’ Executive Summit in Melbourne last week.

“The days of the traditional SysAdmin are gone,” remarked Fortescue Metals CIO Vito Forte, during his keynote presentation.

Few of his fellow speakers disagreed.

Each were asked their views on how cloud computing was creating cultural change within IT departments. What roles are becoming more or less in demand? What roles need to remain in-house and what skills do IT staff need to take on to remain relevant?

As IT services such as email, collaboration and CRM are increasingly delivered ‘as-a-service’ via self-provisioning portals, systems administrators are being advised to train up on new skills that are more relevant to the organisation’s line of business.

Internal IT shops, the speakers emphasised, have to reinvent themselves as “services brokers” that are responsive to business needs, rather than technologists.

Forte said his team at Fortescue Metals is goaled on ensuring “IT is not being a barrier.

“We’ve got to get out of the way,” he advised his IT management peers in the audience. “Our job is not to say no.”

He said that many low-level technology jobs are no longer relevant in a world where such tasks are automated or sent offshore.

“How do the Googles and Microsofts and Amazons have one administrator for 10,000 servers, and we have 1:20?” he asked. There is something wrong there, we must be doing things the wrong way.”

This doesn’t mean all IT roles are becoming less relevant – just those that fail to produce outcomes aligned with the organisation’s core business.

Justin Warren, managing director of consultancy PivotNine said that he had seen strong demand in government and banking and finance for solution architects.

The role of the solution architect, he said, was to “understand what the business wants, and either match it with the solutions available in the market or take the business problem to the service provider and vendor community to build a solution.

“In terms of skills, you need someone who can talk to the business in plain, down to earth terms, without the technical jargon, to find out what they want and bridge the gap to the IT department to build that for them,” he said.

Denis Curran, head of strategy and innovation at the National Australia Bank agreed that enterprise architects were in strong demand.

Banks need less software developers and sysadmins, he said, and more staff in service provider management and business service management roles. The former is “the front line of managing third party contracts with those who deliver services and ensuring the service levels work for the business”, the latter are a link to the business to help plan for new applications and services and help them set recovery times and validate recovery plans.

Forte noted that systems administrators should aspire to these roles. He is trying to “move these people up the value chain in terms of IT skill sets to solution architecture and technical architecture roles.”

Others are being retrained to “manage the service provider to a certain extent, making sure that whatever we’ve signed up to as an outcome is actually being delivered.

“So rather than them being the hands-on people they are making sure that the things we are meant to be getting is what we’re actually getting,” Forte said. “Some people like that and some people don’t, it’s a choice they have to make.”

Across town at the Melbourne Convention Centre this week, Westfield CIO Peter Bourke was telling a similar story.

Bourke said the company was setting up its own “private cloud”, but was  concerned about legal and commercial risks and issues with network latency and application integration when offered public cloud services.

“We need IT people with commercial acumen that can find out where the issues are,” he said.

Liam Fraser, general manager of cloud services at Optus told the Executive Summit audience that any journey to becoming “cloud” or “service brokers” requires a broader mix of commercial and legal skills. It may require senior IT leaders to collaborate with finance, HR and legal teams to adjust to new service models, he said.

“The human resources function, for example, will have to help an IT organisation change its mix of skills and functions,” he said.

Fraser said the IT team's new role might "involve marketing a catalogue of services and resources to business units and back office functions.”

The Commonwealth Bank, for example, has a ‘Business Solutions’ unit that is charged with – among other tasks – communicating what technology services are becoming available to internal (staff) and external (customers) stakeholders.

Warren agreed that this was a vital function for IT.

“If you don’t have a marketing function in your IT department to go out and ask the business what they want, you might as well go home,” he said.

“You need to find out what the business wants to do and deliver technology that supports it.  IT has traditionally done the opposite, and that’s why IT and the business often don’t always like each other.”

Be proactive, Warren advised, and “you’ll be surprised at how close you might be hitting to what the business actually wants you to do.

“The gap isn’t actually that big, it just feels that way.”

Speakers at the iTnews conference noted that IT staff had, for too long, been structured around specific disciplines, reinforced to some degree by vendor certifications.

HP, which sponsored the event, cheekily distributed copies of ‘HP Networking for Dummies’ book to attendees in an attempt to disrupt the industry standard Cisco certifications.

“Don’t get boxed in by certifications,” Vito Forte said in the keynote. “Its not about certifications, its about the ability of your people to deliver."

Forte’s decision to switch to cheaper networking for “predominantly commercial” reasons saved the company 50 percent of networking costs, he said.

Forte bristled when asked whether there were specific programs or promotions in place to convince staff to re-skill around broader business-relevant disciplines.

“You get to keep your job,” he said, bluntly. “Why do I have to provide incentives for people to do what they should already be doing? I think there is a natural progression in terms of the roles changing.

“We’ve articulated the vision of where we need to be, and we’ve asked everybody to get on the train,” he said. “Otherwise, the station door is that way. We don’t have the time to be moddy-coddling the one or two percenters.”

Curran said the change is significant enough to require a restructure that refocuses staff across the book. “[The NAB] had a fairly significant restructure to embrace a service-orientated model,” he said.

“It’s a structural question rather than a specific incentive about [specific staff] moving from one role to another.”

“The key is to make IT relevant,” Forte concluded. "Is [your project] helping to put [iron] ore on that ship? And if it isn’t, why are you doing it?”

Is there still a role for SysAdmins in an advanced economy? Have your say below…