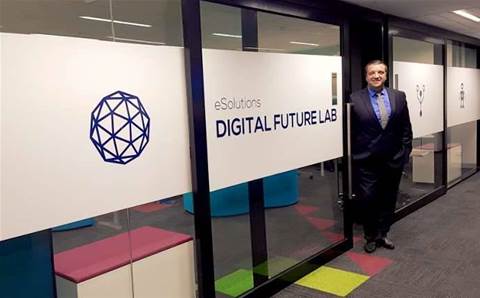 Deakin University will begin using augmented reality as a teaching tool in its medicine and engineering classes from December, marking a major milestone in the university’s deployment of immersive reality as an education aid.

The first augmented reality apps will be used as part of the curriculum during the university’s summer school program, which runs from November this year to March, ahead of more widespread deployment in the first semester of next year.

In health, the technology will be used to superimpose images of vital organs on a compatible smartphone and tablet, which students can interact with by rotating their device, allowing them to view a moving cross section.

The technology builds on work undertaken by the university’s digital future lab, which dipped its toe into the field with a trial of a multi-lingual augmented reality application at its Burwood open day in 2014.

Deakin subsequently signed a partnership to further develop the technology with US firm EON Reality late last year. The partnership will also see immersive technologies used for pathfinding, while a immersive reality research centre in the Melbourne CBD will open later this year.

The university is also the first in Australia to offer a graduate diploma of virtual and augmented reality, which begins in July, along with a master of information technology course, which will arrive during the first semester of next year.

According to Deakin chief digital officer William Confalonieri, universities looking to deploy immersive technologies need to be aware of what parts of their investment are short-term and long term.

“Because it’s quite a new discipline, you don’t have the templates, frameworks and the mental mould to do things for the first time,” Confalonieri said.

“Standards are another big issue. There are not established standards, so if you need to invest in immersive reality content management systems, you will need to speculate about the life of those standards and how much you’re willing to invest in something that could be completely different next year.”

Confalonieri believes the use of immersive technologies is likely to become increasingly important due to the growing number of people studying online.

“The channel delivering to the student at home will be amazingly powerful, based on immersive reality and artificial intelligence, delivering teaching customised to the specific needs of a student that are impossible to get even in the real world,” he said.