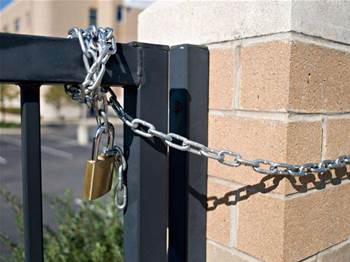 The iiNet case ended day five in a closed court session as the chief technology officer of third-party investigator DtecNet was cross-examined on the inner-workings of his firm's anti-piracy software.

The closure was due to a line of questions related to a confidential portion of DtecNet CTO Kristian Lokkegaard's affidavit.

An over-riding theme was whether the actions by investigators mimicked those of an average user of the BitTorrent client.

Under cross-examination, iiNet counsel Richard Lancaster put it to Lokkegaard that "one of the fundamental choices that DtecNet made was deciding to apply a filter that meant users of iiNet's services were targeted."

Lokkegard agreed DtecNet had filtered by iiNet's IP address range. But he could not confirm whether an additional "country filter" had also been applied by DtecNet.

"Users can filter in the same way there are particular addresses or [IP] ranges they don't want to connect to," Lokkegard alleged.

"Users do that to avoid connecting to companies like ourselves. They will typically try to stay away from something that looks like a corporation because a lot of people would potentially suspect them of being a non-private user."

"But it would be very unusual for an ordinary operator of the BitTorrent client... to tweak the client to only engage with peers on a particular ISP's network, would you agree with that?" iiNet's counsel asked.

Earlier, AFACT's own internal investigator, Aaron Herps, who was employed by the film industry to corroborate evidence collated by DtecNet, was also cross-examined.

Herps, a former mobile network engineer with Singtel Optus and now AFACT's manager of digital affairs, was alleged by iiNet's counsel to have created an IP address filter file that "enabled you [Herps] to confine the attention of your BitTorrent activities to just [IP] addresses in the iiNet range.

"Is [filtering as a technology] something an ordinary user of uTorrent would use?" iiNet counsel Richard Cobden put to Herps.

"Many users do, yes," Herps alleged, but he disagreed they would use it to filter to the specific range of an ISP.

Lokkegaard's cross-examination was expected to continue in open court tomorrow.

DtecNet's chief executive Thomas Sehested was also expected to appear before the court for cross-examination. But it was unclear whether he would appear in person or by video link.