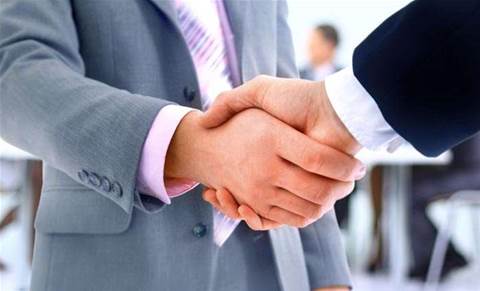 Dave Hansen has been appointed as CEO of SafeNet, succeeding current President and CEO, Chris Fedde.

Formerly vice president and general manager of BMC Software via the acquisition of Numara Software, where he was president and chief executive officer.

Hansen also spent more than nine years at CA Technologies where he successfully led the development and execution of CA's enterprise solutions and cloud strategy, led its security business unit and served as the company's chief information officer.

"SafeNet has undergone a tremendous transformation over the past five years, and is uniquely positioned to solve the most complex security issues facing CIOs and CSOs today," Hansen said.

"With SafeNet's market-leading data protection and rights management portfolios, and the recent introduction of game-changing cloud and virtualisation products, the company is set to lead the way in securing access and data for the cloud and from the cloud.”

Dave Fishman, partner at Vector Capital and a member of SafeNet's board of directors, said: “Dave is a known innovator within the security industry that brings strong strategic and execution skills, a proven ability to lead high performing management teams and a successful track record of driving growth for multi-national corporations.”

Fishman also thanked outgoing CEO Chris Fedde 'for the strong leadership that he has demonstrated throughout his tenure at SafeNet'.

"Under his leadership, SafeNet significantly enhanced its market leading product portfolios and positioned itself to capitalise on the fast growing data protection for cloud and virtual markets,” he said.

“I have enjoyed the opportunity to work at and lead SafeNet over the past eleven years. I am proud of all that we have accomplished, particularly the company's transformation into an industry-recognised data protection market leader. SafeNet is a company with tremendous opportunities and I look forward to its continued success.”

Got a news tip for our journalists? Share it with us anonymously here.
Copyright © SC Magazine, UK edition
Tags:
careers jobs safenet security