Data61 wants to bring R&D spend back to Australia 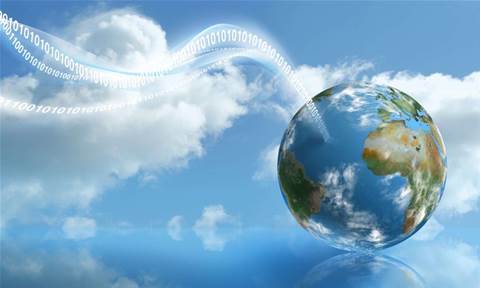 Data61 wants Australia to move away from being the “sales and marketing subsidiary” of the world and win back 0.1 percent of global R&D spend to make the country a hub for innovation.

Data61, a merger between the former NICTA and the CSIRO’s digital productivity division, is looking to expand its horizons onto the global stage.

CEO Adrian Turner wants to use the agency's network of partners and skills base to attract corporate giants and their research budgets to Australian shores.

He said his conversations with the private sector had given him confidence that targeting R&D dollars was "a good bet” and would address a gap Australia is well placed to fill.

“If you ask an executive if they feel good about their R&D spend, if they feel like they're getting the right sort of return, the answer is going to be no, predominantly,” Turner said today.

“If you think about Australia and a lot of the global companies that have a presence here, we’re the sales and marketing subsidiary.

“So we are going to go around the world to where corporate R&D dollars get allocated and we are going to convince these companies that Australia is a place where primary R&D can take place."

If the research group is successful in reaching its 0.1 percent target, Turner said, it would mean a tenfold increase in the amount of money flowing through Data61 and its network of partners.

Turner said his plan was to prove Data61 could link the right people together with the right skills - particularly scarce skills that are hard to capture on the hiring market.

He described the 1100-strong Data61 - a figure which includes 415 students - as arguably the largest digital capability of its kind in the southern hemisphere.

“There is this enormous critical mass capability from bringing together the CSIRO digital productivity team with the NICTA team at a time when this talent and these resources are globally scarce. Companies overseas can’t hire the talent that we have here,” Turner said.

His aim is to nurture cycles of innovation in Australia that will see successful tech entrepreneurs make their millions overseas and return to invest their knowledge and experience back into the domestic market.

An 18-year veteran of the Silicon Valley himself, Turner described his return to lead the new research house as a “tour of duty”.

“This is something I had to do for the country."