Data analytics getting boots on the pitch 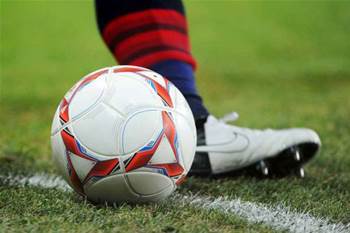 Football NSW on its first two years away from the Excel spreadsheet.

It has been nearly two years since Football NSW - the organisation supporting everything from Saturday morning soccer to the state league - said goodbye to Excel spreadsheets and decided to invest in enterprise-grade analytics to further the cause of the ‘beautiful game’ in the state.

The resource-constrained football administrator works with tight limits on its marketing spend - but what it does have is people.

Football is the most played sport in Australia, with 227,000 registered players in NSW alone, and a winter season that is bigger in terms of boots on the pitch than all of the other codes combined.

Nearly two years ago, Football NSW and its CEO Eddie Moore spent up on an SAS analytics engine to dig up new insights around how the game is played in NSW.

Moore told iTnews the graphically displayed dashboard showed that 30 percent of the state’s referees fell into a 12-16 age bracket, and were dropping out of the game once they hit their later teens.

This presented a measurable problem that the team can now target directly. It also showed that the state’s six or seven summer aside competitions aren’t necessarily dominated by the “30 or 40-year-old blokes” that Moore had expected.

“It is exciting to find these insights that just jump out at you,” he said.

The new insights are driving the not-for-profit’s core objective of attracting more and more players into the sport.

In the Excel days, it would take until July to work through all the registration data coming through from the January and February sign-up peak - by which time the opportunity to get in touch with past players and convince them to return for another season had well and truly passed.

“Now, for example, if you played in a winter competition your details will be geocoded and we can get in touch to tell you there is a summer competition just down the road from where you live,” Moore said.

The analytics engine is also giving Football NSW a far more compelling narrative to tell to sponsors and prospective sponsors - driving all-important funds back into the game from a grass roots level, to pay for facilities, training and resources.

“We can use the analytic capability to show off our audience," Moore said.

“We can pull out an iPad and show a sponsor where every 30-year-old female involved in the game is located.”

Moore said he and his team are thinking up new questions to ask the data every day.

“It is about understanding who our constituents are. And it is about looking at customer satisfaction - what makes our player’s engagement with football a positive one.”