Damage not done yet for Global Payments after breach 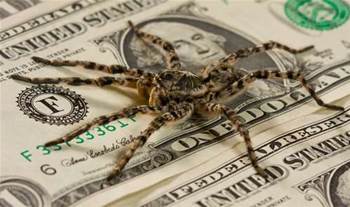 Braces for another $55 million hit.

Payment processor Global Payments expects to take a hit of another $US55 to $US65 million related to a data breach it sustained earlier this year.

The incident, revealed in March, involved the exposure of 1.5 million credit and debit card numbers to hackers. Already, the company has announced the breach cost $US84.4 million.

"We expect to incur additional costs associated with investigation, remediation and demonstrating PCI DSS (Payment Card Industry Data Security Standard) compliance, and for the credit monitoring and identity protection insurance we are providing to potentially-affected individuals," the company said in a filing on Friday with the US Securities and Exchange Commission.

As is customary following a breach, Global Payments was removed from Visa and other card brand's lists of valid, PCI-compliant service providers.

In addition, the company said in its filing that although revenue grew nine percent in the first-quarter of the new fiscal year, to $US590.3 million, profits declined to $US46.6 million, from $US63.9 million. The company blamed the drop on the breach.

Got a news tip for our journalists? Share it with us anonymously here.
Copyright © SC Magazine, US edition
Tags:
global paymentssecurity