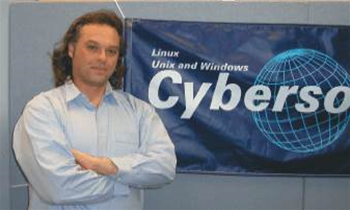 In an attempt to give open source technologies more pull in the system builder community, Zymaris – who is also the owner of Melbourne-based open source integrator Cybersource – has created a toolkit that guides assemblers through the process of offering open source software.

Zymaris believes that by offering open source technologies, local builders will be able to differentiate themselves from multi-national suppliers such as Dell and HP.

These companies wouldn’t start installing open source applications as “this would damage their relationship with Microsoft,” he said in the toolkit.

Zymaris has suggested that system builders should continue to install Windows desktop operating systems such as XP but add a Linux OS such as Fedora Core or OpenSuse and various applications such as OpenOffice.org, the Thunderbird email client and PDF Creator.

OEMs could offer what he called a “Plus Pack.” He suggested that builders can make more margin with these systems by charging more for the extras.

“Rather than selling this system for 10 percent more, sell it for 15 percent more. Suddenly rather than making 10 points for unit you ship, you’re making 25,” Zymaris said in the toolkit.

Zymaris claimed that no local system builders were offering dual-boot systems and it was near impossible to get tier 1 and tier 2 vendors to commit to the platform.

He added that dual-boot systems would also be a value-add to the standard operating environment that assemblers roll out for organisations and government departments.