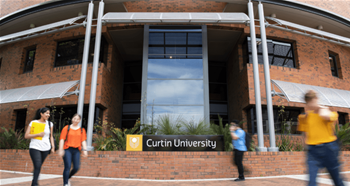 Will shift entire IT infrastructure to new cloud platform.

Curtin University will spent the next year building a platform on Amazon Web Services that will host its entire IT infrastructure, as it looks to offer students and staff better digital experiences.

The Perth-based university revealed the plans as part of a multi-year strategic partnership with the hyperscaler, with the “vast majority” of its systems and data to shift by the end of 2022.

The platform will supplant a traditional IT architectural approach that has relied on multiple data centres, resulting in “fragmented IT systems, application islands and data siloes that made it difficult for the university to innovate”.

As part of the tie-up, the university has also established what it claims is the first AWS cloud guild in the Australian or New Zealand public sectors.

Called ElevateU, the guild will initially upskill more than 200 staff, starting with those working on the AWS project and the wider digital and technology solution (DTS) team.

“It became clear that we could build a digital data centre in the cloud that allows us to achieve things like immutable infrastructure... but also turn on a raft of digital services that will be the future foundations of our digital innovation,” he said.

“So it was a bit of a no brainer for us, and we’re certainly in the process now of building that new ecosystem in the cloud.”

Cowie said that while the vast majority of IT systems and data would shift to the new platform when the minimum viable product is ready by the end of 2022, Curtin University planned to  “move everything” over time.

“We’re basically moving everything – all of our data, servers and storage, and systems – into the cloud,” he said.

“If there is something that doesn’t perform well there, or has a privacy concern, we’ll obviously keep it on campus.”

He added that the new cloud-based platform – which the university began building two months ago – is the first step in a “four layer roadmap”, with future phase to build out the university’s “digital ecosystem”.

“We’re not just buying storage from AWS or putting a few servers in it,” he said

“By moving its entire infrastructure to the cloud, Western Australia’s largest university can deliver new projects and on-campus experiences at scale to support its vision of becoming a recognised global leader in research, education and engagement,” he said.