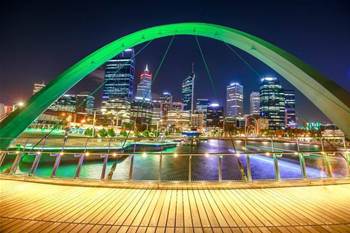 Businesses and startups welcomed aboard.

It's the third major digital partnership announced this month at Curtin, following on from an artificial intelligence alliance with Optus Business and a data science training centre developed with mining behemoths BHP, Roy Hill and Alcoa.

The latest collaboration is jointly funded by the university and WA government, receiving $1.6 million in over four years.

The new hub, while also serving the mining industry, will cater to the agriculture, oil and gas sectors by connecting businesses and startups to the university’s ongoing research and existing acumen.

All four of WA’s public universities are involved in the project, but the hub will be housed across Curtin’s Perth and Bentley campuses.

Vice-chancellor at Curtin professor Deborah Terry said undergraduate and postgraduate students from the different institutions are going to be exposed to “real-world data science opportunities and work experience placements” through the innovation hub.

“It is critical that we ensure the digital disruption industry is working together to help grow the domestic economy and generate new jobs in this growing sector,” said Terry

“We know there is an emerging start-up ecosystem in Western Australia, with more than 8000 people already working in internet and digital technology companies.”

Students and entrepreneurs at the hub will also have the chance to leverage the university’s data science capabilities already honed through the Murchison Widefield Array telescope project, as well as the Pawsey Supercomputing Centre and Square Kilometre Array project.

Curtin estimates the economic impact of disruptive digital and internet technologies on WA’s economy in 2025 is $76 billion per annum.

Terry said that means it is “essential” for all parts of the state’s economy to work together to ensure they best placed to meet the challenges of the future.

The hub will officially open next month.