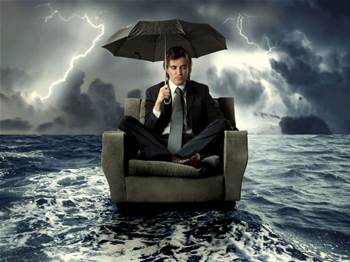 A Liberal Party proposal for a two-year freeze on public servant recruitment could leave the CSIRO without over 1,300 staff based on current staff turnover rates.

"If we weren't able to fill vacancies we would see a substantial reduction in staffing," the CSIRO's deputy chief executive of operations Mike Whelan said.

"We currently have 6,698 staff. It that were to reduce by 660 per year for two years... it's hard to imagine there wouldn't be some implications for research."

The CSIRO also said that while it did not have a formal graduate program, the numbers of people employed with either post-doctorate or Ph.D qualifications had increased over the past few years.

"If there were to be a staffing freeze clearly we couldn't keep increasing those numbers," Whelan said.

But he declined to further speculate on whether the negative impacts of the proposed freeze would make it difficult for the CSIRO to meet its obligations under the Science and Industry Research Act.

He said only that staff levels had "fluctuated" before and management had "strived" in those times to meet the CSIRO's obligations despite variable staffing levels.

It was also unclear whether staff turnover would stay at the same rates as today as the statistic was trending lower over time, according to Dr Clark.