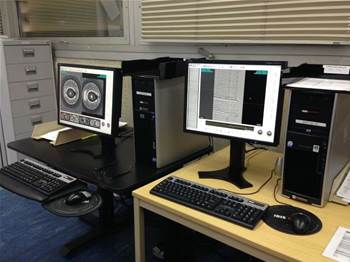 More funding ahead of July go-live.

The national ballistics identification system being developed by Australia’s information-sharing agency for law enforcement, CrimTrac, will be upgraded to offer 3D high-definition images this coming Monday.

The project, which was funded under the former Labor Government in the 2013-14 budget at a cost of $9.1 million, will also receive an extra $500,000 out of CrimTrac’s pocket, the agency’s CEO Doug Smith revealed to iTnews, after he successfully put forward a business case to the agency's board for the funding boost.

Click through for pictures of NSW Police's forensic ballistics unit

The network will expand the use of the IBIS Trax ballistics identification solution that has been in use with the NSW Police since 2000 - and which has since been taken up by police forces in South Australia and Queensland, as well as the Australian Federal Police - to all police forces across Australia.

Western Australia, Victoria, the Northern Territory and Tasmanian police forces will be moved off the manual matching processes they had been using to identify ballistics evidence, which in some cases had seen them bring the actual weapons seized from crimes into the NSW police headquarters to analyse the ballistics.

Once live, the system will enable police across the country - and internationally - to access a database of weapons recovered by police from crimes and compare the images.

The IBIS Trax solution is also in use with the international police organisation Interpol, as well as the United States FBI and Bureau of Alcohol, Tobacco and Firearms.

The upgrade will allow NSW Police - and after July all Australian police forces - to compare and collect ballistic images from the US as well as Interpol’s various geographic operations.

The system is on track to go live in July, Smith said. Police forces, specifically those which had been using the manual matching process, will then begin migrating historical data into the system.

The NSW Police headquarters will act as the national hub for the ABIN. The system is expected to store upwards of 50,000 3D images of projectile surface, cartridge case and shot shell, and will be scalable to deal with national demand.