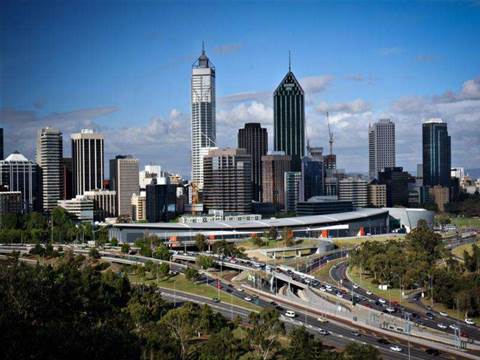 Andrew Cann turns in the badge for the baton.

Former Australian Crime Commission chief technology officer Andrew Cann has capped off a 27 year career in law enforcement to take up the role of chief information officer at Western Australia’s Department of Sport and Recreation.

As reported on iTnews, the West Australian agency sought a CIO to manage its ongoing transformation plan, and chose Cann to take up the role.

Cann told iTnews the new role suited him both personally and professionally. He has moved his young family from Canberra to his hometown of Perth to be closer to friends and family, seeking out a change of pace from the nation’s capital.

As CTO of the Crime Commission, Cann served 650 end users directly and around 2500 users of the shared Australian Criminal Intelligence Database. In his new role, his remit is only 220 end users directly within the agency, with a potential to provide online resources to the whole State.

“It’s a different challenge in a very different industry,” he said. “I’ve been in law enforcement for 27 years and was looking for a positive role that provides systems and support to a community where it can really make a difference - in an industry that really needs the help. It was attractive to think that what you’re working towards is keeping the community healthy and happy.”

Cann said that on first impressions, the agency has a fairly mature internal IT posture. The Department's strategic direction is focused on the external services it will deliver West Australians - be it online and mobile facilities for community-based sporting groups, grants management and camp booking systems or improved CRM systems.

As a small agency, Cann said its more likely he’ll look to out of the box solutions - potentially hosted solutions - than to build bespoke applications.

“I’ll be looking to find ways to leverage new technology and new ideas - and the last thing I’ll want to do is build apps internally.”