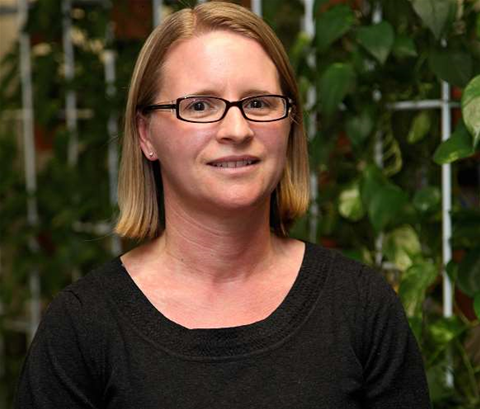 The Australian Crime Commission has named a new chief technology officer following the departure of former CTO Andrew Cann in May, and is considering the appointment of a CIO for the first time.

Narelle Lovett, the ACC’s former infrastructure manager, was acting in the CTO role since Cann’s departure, and has now been asked to remain in the position.

Prior to her 13 years of service at the Crime Commission, Lovett worked in the technology function of the Australian Defence Force.

The Crime Commission CTO looks after around 650 end users and the approximately 2500 users of the shared Australian Criminal Intelligence Database.

One of the more pressing tasks on Lovett’s agenda will be whether to adopt the successor system to the Australian Federal Police’s Police Real-time Online Management Information System (PROMIS), which the ACC currently uses.

The AFP has started on a $145 million modernisation of its IT capability, engaging a systems integrator to design the replacement of the PROMIS core operations system over the next few weeks.

The project is scheduled to take 43 months to finish and will go live on March 2017. Lovett said the ACC was currently reviewing the design of the new AFP system to determine whether to adopt it.

Over the coming year, Lovett will look to bring together different aspects of the ACC - "where technology is [today] a little disparate, establish collaboration in terms of procedures, processes and licensing models, and ensure compliance with whole-of-government initiatives."

Previously some operational areas within the ACC had built out their own technology outside the remit of corporate IT when resources were not available.

Lovett will act on an ACC IT strategy document and investigate ways to reduce duplication of effort and achieve a better return on technology investment, in line with a new technology governance model that was implemented just prior to her appointment.

“The technology in the agency was a bit ad hoc," she said. "We're now looking at bringing [procurement] into a process that, in its basic form, is a software development lifecycle.

“As technology is requested and capability required, it [will] go through a formal approval process, and business areas will look at business requirements rather than the technology."

Lovett said operations and other staff currently doing "bread and butter IT" tasks such as backup or server and network administration will see those functions "brought back under a corporate IT umbrella".

“It will align with asset cycles and as new capabilities are required,” she said.

The new consolidated model would also ensure business areas did not compete against each other for technology, she said.

Over the coming year Lovett will also study whether the ACC should embrace agency-wide virtualisation. Corporate functions are 95 percent virtualised, with only five percent of applications unable to run in a virtual machine, but there is a lower update in the agency's operations systems.

The introduction of  CIO

Until recently, the ACC’s IT strategy was developed and implemented by the CTO and was also a function within the role of the national manager.

The recommendation has been under review since then and is now subject to approval by the Public Service Commission.

Maria Milosavljevic is acting in the CIO position until the end of the year when a decision will be made.

Lovett would report to the CIO, should the position be introduced. Her role would define the technology while the CIO would deal with strategy.

“I look at the infrastructure and the ACC’s systems, whereas the CIO is more about the information as an asset and managing the risk of the information,” she said.

“It’s a much broader strategic role.”

Should the bid for the introduction of a CIO position be successful, the job would go through a formal recruitment process which would welcome both internal and external applicants.