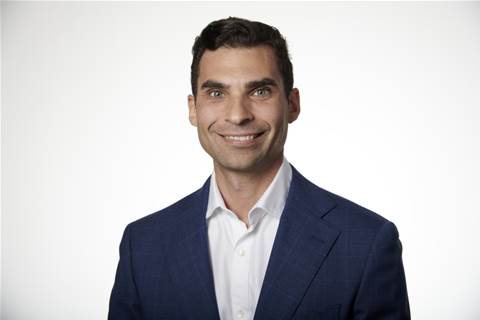 Australian credit reporting bureau CreditorWatch has entered an “exponential” growth phase with its hiring of developers, going from a team of three to 35 in three-and-a-half years, and with intentions to add up to 15 more this calendar year.

He also talks about the technology systems and teams underpinning this growth, as well as the team culture he has instilled in his time, first as head of development and now as CTO.

“What started off really small as a single server in a little privately-owned data centre in 2010 has now [grown] to hundreds [of servers] and terabytes worth of data in AWS,” Vartuli said.

“I joined CreditorWatch to help them grow.

“They'd just recently been purchased by InfoTrack and needed someone to help grow the business, specifically the technology side. They didn't have the expertise inhouse, so they went on that journey and found myself.”

After joining, Vartuli brought onboard three senior developers to start laying some new technology foundations, and to set up some architectural and security guardrails.

“We were looking at things like getting our architecture in a really decent state to be able to grow that to the next level,” he said.

In about 2014, CreditorWatch shifted fully into AWS, where it also makes use of AWS managed services (AMS) to handle much of the operational side of the environment, with oversight from a pair of inhouse DevOps engineers.

The company relies on event streaming services from AWS to pull in data from “over 30 different sources across Australia”, including official government data sources like the Australian Securities and Investments Commission (ASIC) and the Australian Business Register (ABR).

“That goes through to our data lake and into our BI platform, where we run algorithms to create predictive credit ratings that we're able to provide to our customers,” Vartuli said.

After bringing in the first three senior developers, Vartuli said the company has “slowly built up” its team, and that growth is now on an “exponential curve”.

“I think it was really when we got to that 15 to 20 [people level] that we kind of just flicked a switch, and we went to 30 really quickly,” he said.

“Then we've got another five, and we were planning to have another 15, hopefully by the end of this calendar year.”

Vartuli said the company had managed to retain all but one developer, which he credited to the company’s culture.

He said developers had set goals - objectives and key results, or OKRs - but were afforded considerable trust and autonomy in how they go about achieving them.

“When you're able to provide people with goals, and just say, 'It's up to you to figure out how and when you get there’, people love that responsibility and that challenge,” Vartuli said.

“There's obviously restrictions in terms of you can't go off and use Erlang or some really obscure language that's going to be hard to recruit for.

“But when you give them that freedom, plus the responsibility and a goal to design it, people really take that to heart. They love the idea that they get to shape something and build it the way that they'd want it.”

Developers sit within product teams that comprise “a QA, six-ish devs, a DevOps person and a product owner”. Each product team looks after one or two products within CreditorWatch’s suite.

This structure is relatively new, only coming into effect about 18 months ago.

Prior to that, the number of developers was smaller, so they moved across the various products every quarter as need dictated.

There are advantages and disadvantages of each approach.

“So 18 months ago, we did that journey, but that novelty wore off, and developers are like, ‘I really loved the fact that I used to be able to jump between things and change and it really made everything dynamic’.

“What we've worked out is we're trying to have a balance. From a product and resourcing, it's just too hard to kind of say every quarter you get to jump ship and go to whichever product you want.

“But we say if you can provide two or three quarters of commitment, every single time you do make that jump, then you get a little bit of both worlds, where you're probably not always working on the same product for an entire year, you get something brand new, and then it gives that refresh.”