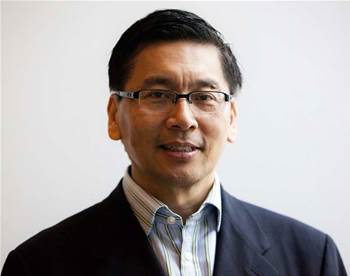 It also built up a 120-person core banking project team and in June, moved its primary data centre from an internal, Tier I facility to a co-location provider, with a new IBM mainframe, Juniper network, and firewall.

The Windows 7 thin clients would replace a mix of ageing desktop PCs and software, establishing an enterprise-wide standard operating environment for the first time.

“We probably have PCs in the fleet that are six to eight years old,” he told iTnews at the CIO Strategy Summit this week.

“The total cost of ownership for Citrix is much lower, and [the thin clients are] easier to maintain. The business case is pretty straightforward.

“As part of this transformation, we’ve put in place new governance. This includes a 18 month rolling flight plan ... this additional rigour is serving us very well."

CUA was in the process of testing if all applications – including the Abacus core banking system and office productivity software – functioned as expected in the virtual desktop environment.

Gee said although TCS did not currently support any virtualised BaNCS deployments, the vendor had committed to supporting CUA’s Citrix environment.

"We have some more hurdles in front of us but we are confident that these will be overcome," he said of the Citrix thin clients, currently being trialled by about 15 CUA staff.

“It just works … I don’t think in our analysis that this [rollout] is considered more than a low risk.”

While the mainframe and servers in CUA’s new, co-located data centre were predominantly virtualised, Gee said building out a private cloud environment was “not on my near-term radar”.

“I’m not big on the cloud in the short term,” he said. “We’re not ignoring cloud in any fashion … [but] we’ve got so much to do, already.”

Instead, Gee expected to apply cloud services – like those offered by Yammer or Salesforce.com – to specialised areas.

From late next year, he hoped to start consuming some hosted office applications such as Office 365 or Google Apps collaboration tools.

Collaboration and mobile computing were central themes in CUA’s scheduled move to a new head office in November, and after the completion of the core banking implementation.

Gee said the credit union was considering co-locating IT staff with relevant business units, in a step towards “activity-based workplaces” touted by the likes of the Commonwealth Bank.

CUA last month also introduced a bring-your-own device (BYOD) policy to govern the use of tablet and smartphone devices on the corporate network.

The credit union was piloting the Good for Enterprise product to manage “a handful” of iPads. It used another Airwatch tool to manage six iPads deployed in its “branch of the future” last month.

“I’m lucky that my CEO is an ex-CIO,” he noted. “[Whitehead] probably gets the IT piece and the value that this can bring.

"Also, we agree that IT needs to be out there, enabling and empowering rather than centralised in an ivory tower.”

At its Annual General Meeting last year, CUA told investors that its new BaNCS platform would move from design to implementation phases in the 2012-13 financial year.

Gee said CUA had a “great partnership” with TCS, with regular, weekly calls with the head of its offshore development group.

“Most things we’re doing – whether it be the data centre or the printers or Citrix – it’s all because we want to provide the right infrastructure for core banking,” he said.