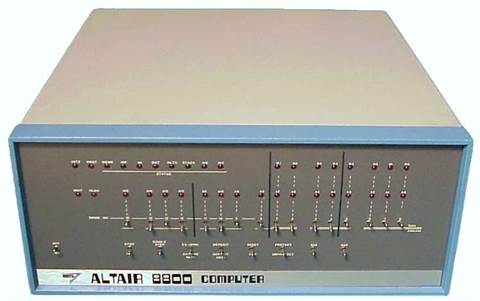 In 1975 Roberts designed and built the MITS Altair 8800, which is widely considered the first personal computer. The computer lacked a keyboard or monitor and was sold as a self assembly kit but it kickstarted the modern computing age.

Two of the people inspired by the Altair were a young Paul Allen and Bill Gates, who wanted to get their software on the system. Microsoft was originally located in New Mexico right next door to Roberts’ facilities.

“Ed was truly a pioneer in the personal computer revolution, and didn’t always get the recognition he deserved,” said Gates and Allen in a statement.

“He was an intense man with a great sense of humour, and he always cared deeply about the people who worked for him, including us. Ed was willing to take a chance on us – two young guys interested in computers long before they were commonplace – and we have always been grateful to him.”

The Altair was a small commercial success and Roberts sold the company to hard drive manufacturer Pertec in 1976 for US$6m, of which he personally made US$2m.

He returned to his native Georgia to run a software company and also a farm. However in 1982 he decided on a change of career and went to medical school, graduating first in his class, and from 1986 became a small town doctor, something he continued with until his death.

“More than anything, what we will always remember about Ed was how deeply compassionate he was – and that was never more true than when he decided to spend the second half of his life going to medical school and working as a country doctor making house calls. He will be missed by many and we were lucky to have known him,” Gates and Allen continued.

Got a news tip for our journalists? Share it with us anonymously here.
Copyright ©v3.co.uk
Tags:
allen altair always first gates hardware roberts