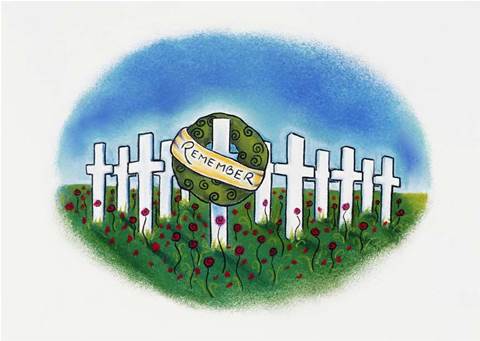 John Backus, originator of the first high-level programming language, has died at the age of 82 at his home in Oregon.

Backus was working at IBM when he developed Fortran (a name derived from The IBM Mathematical Formula Translating System) in 1954 to run on IBM's first mass produced computer, the 704.

However, in common with much of the early IT industry, the manuals were not produced until 1956.

Fortran became popular because it used advanced compiler technology that allowed the programmer to use a combination of mathematical terms and shorthand to develop lines of code automatically.

Members of the original team described the development process in terms that would remind many of the early days of internet companies.

Backus originally trained as a chemist, and was a US Army medic after being drafted, but after having a brain tumour removed he dropped out and moved to New York.

Backus began to study mathematics and graduated from Cornell in 1949, joining IBM a year later.

Initially he worked on programming Poppa, or the IBM SSEC, which boasted a storage capacity of 40Kb. His programs were designed to predict the distance to the moon and the data was later used for the Apollo moon mission.

FP was based around the idea of telling the computer what problem needed solving rather than giving step-by-step instructions.

Backus won the 1977 Turing Prize for "profound, influential and lasting contributions to the design of practical high-level programming systems, notably through his work on Fortran, and for seminal publication of formal procedures for the specification of programming languages".

In 1987 Backus became an IBM fellow and retired in 1991. He is survived by two daughters.

Got a news tip for our journalists? Share it with us anonymously here.
Copyright ©v3.co.uk
Tags:
creator dies fortran of training & development